Maeve, He's Just Not That Into You!

I'm stuck in the house trying to shake the last of the virus baby Stella gifted me with and the quarantine is starting to make me just a teeny weeny bit lonely.  So, I'm hanging out with the cats and I discovered we have a problem.

The oldest cat belonged to my daughter until she married a guy who was allergic to pet hair.  Since there aren't a lot of people looking for crusty, fat, old tom cats, Utah came to live with me.  He was a city boy and had spent years in a high rise.  The first few months he cowered at the sound of Canada Geese honking and lived in terror of falling leaves at the window.  But, after the first year, I started letting him outdoors and now he patrols the property with the commitment of a Knight of the Round Table.  I pretend I don't know he is responsible for saving my gardens from an out of control rabbit population.  He should have been named The Terminator!

All that bunny murdering property surveillance is tiring for an old cat and Utah is very attached to taking long naps.

Today, he tried to nap on a scratching post ~ 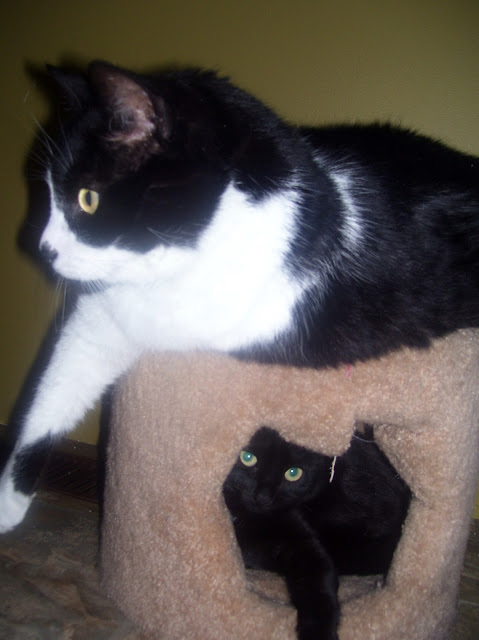 Maeve thought he wanted her to keep popping out and swiping at his tail.

Utah moved to a chair.  Maeve thought he wanted to play some more. 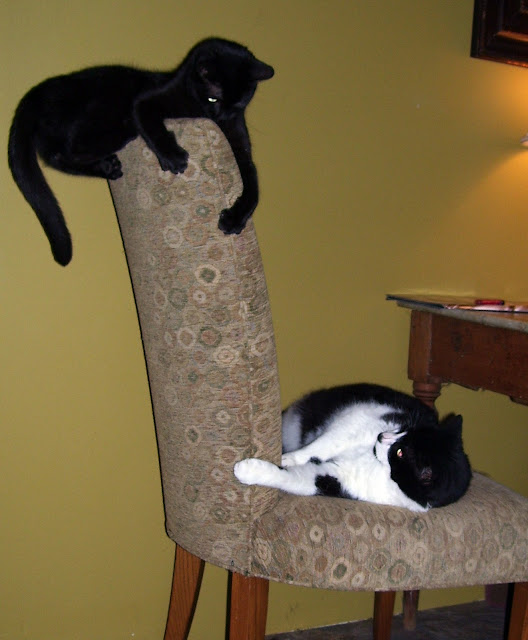 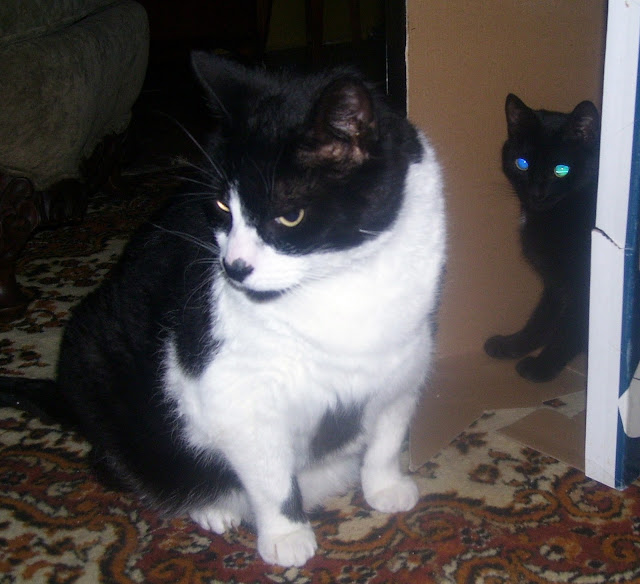 Guess who's there?  Maeve thinks he wants to play some more ~ 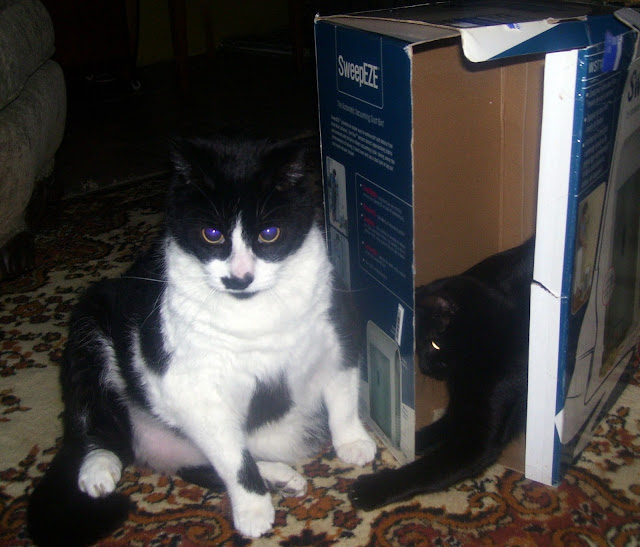 Utah went outside to sleep on the porch ~

I can see you!

I know any good girlfriend would tell Maeve that he's just not that into her but she adores him.  Maybe, girls, we should all take her out for drinks and break it to her as a group.  I just don't feel I can do it alone.

After all, I've been there myself!