How Did The Auction Go?

Now that we been to a preview, let's go to the auction!

To me, it's like a giant poker game. You have to know what you are betting on, bluff a little sometimes and be prepared to lose a bet.  Here's how it shook down.

Remember the Victorian mahogany bed with the upholstered headboard?  I valued it at $1,000 and said I'd take it for $200.  It sold for $240.  That's a beautiful piece of furniture for less than Ikea prices. ~ 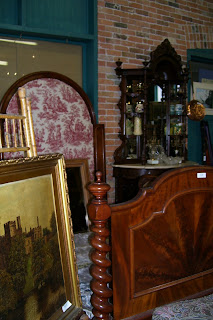 The box lots went a little higher than I wanted to pay.  Oh, and the signed Harlem Globetrotter basketball sold for $42. 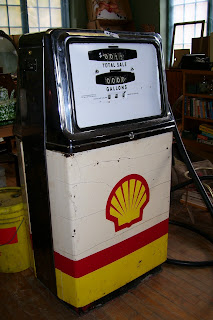 Then, there was the baby cart and sleigh!  The cart went for $60.  It broke my heart when I pulled out of the bidding and the baby sleigh went for $180.  Oh, what I could have done with that at Christmas! 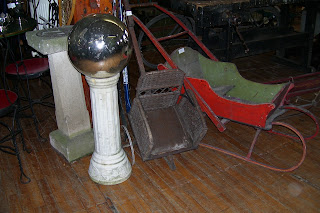 So, what did I buy?  I bought my daughter an English saddle, in good condition, for $35. ~ 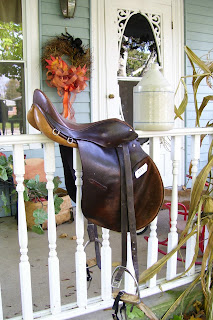 I think I'll use this lovely crock to store bleach.  I paid $7 for it.  My local Home Hardware store is accustomed to me coming in for corks.  Sometimes, I wonder if they stock them only for me! ~ 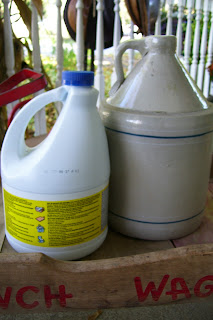 Another $7 won a table with detachable tray and another tray.  These will be fun to rework! ~ 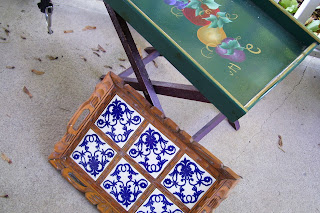 A large stool for $60 will get a slipcover and serve as a coffee table that won't hurt the youngest grandchildren if they boink their heads off it! ~ 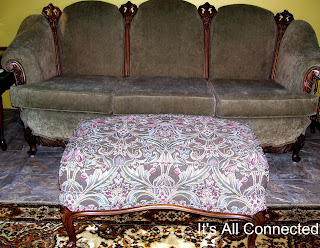 By the way, the antique couch in the pic and the matching chair were bought at an earlier auction for $450 and had been newly, professionally recovered.

I told you I wanted this hat box but would have to haul off all the other stuff with it. ~ 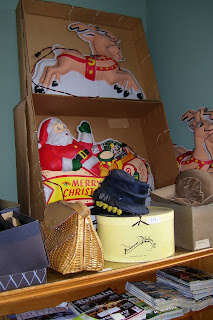 I bought it for $2 and managed to give all the rest away!

There was some gross black stuff on the top that wiped off with diluted bleach and no musty smell inside.  If it had been musty, I would have used a few drops of rosemary essential oil to get rid of it.  That's a tip I got from a British antique dealer years ago.  If anyone has to deal with the effects of humidity, it has to be the Brits! ~ 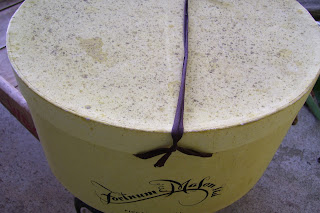 I googled (I do know that word is not a verb) Fortnum & Mason and took an armchair tour of a wonderfully posh shop! 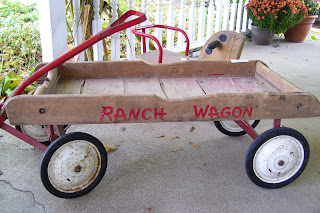 And, anyone with as many pony loving grandchildren as I have, couldn't pass up this $14 rocker! ~ 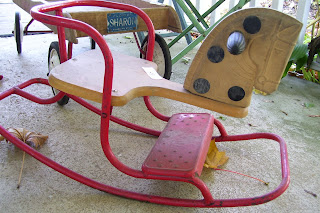 The icing on the cake was my sister finding this shell motif vase in one of her box lots and giving it to me for my spare bedroom! ~ 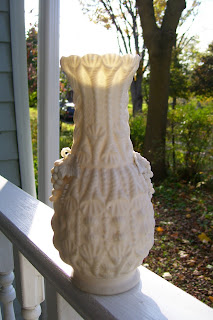 Everything stayed outside until I could wash it down and check for creepy, crawlies.

As you know, I'm trying a year of living very frugally.  If I'm to work less and live more, that's the way it has to be.  How long it will take me to recover from not getting this absolute steal of a 17th century, oak mule chest for $800 is anybody's guess! 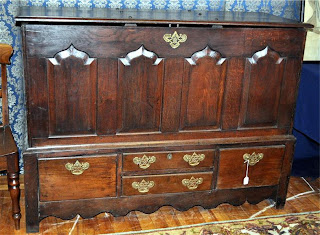 Ahhh, need and want are not the same thing!

Thanks for coming to the auction with me!

Email ThisBlogThis!Share to TwitterShare to FacebookShare to Pinterest
Labels: Shopping