Inside The Famous Bitter End Nightclub

Since you were all so kind in your words of encouragement to my daughter, as she tackled her live show at The Bitter End, I thought you might like to take a peak inside the club.

This is the oldest rock club in NYC and everyone who is anyone has played there on their way up!

These posters are all originals!  Joni Mitchell, Neil Young, The Band, Bill Withers! ~ 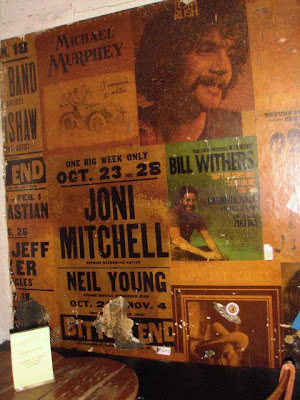 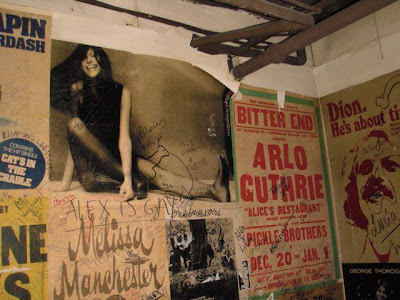 How about Lady Gaga when her hair was still brown?  That's her in the framed pic. She didn't wear many clothes then either! ~ 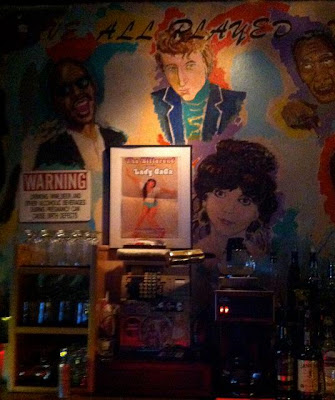 Katie said it was a first to see her name in ink instead of chalk! It may not be lights, but it's an upward move. ~ 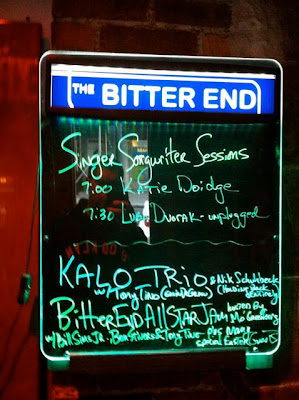 The live feed made her nervous, but she settled in after the first song and decided to enjoy the moment. ~ 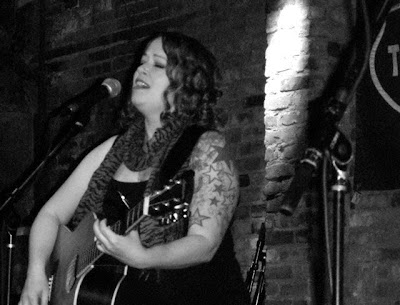 This is the first time I have watched a live feed. Hey, high speed only became available to me a year ago and I pay through the nose for limited data use!  Here I sat, in Canada, and it was just like I was in the room with her.  Her sister in laws and myself were messaging her husband, who was at the club, throughout the show via FB.  Sometimes, we forget how amazing these new technologies are!

Thanks to all my blogging buddies who said a little prayer and wished my girl well!  It must have worked, as they have asked her back and a world class record producer has agreed to do some demo work with her.

Did you guys know you had such clout in the entertainment biz?

Move over Simon Cowell; the blogging ladies are picking the stars now!

Email ThisBlogThis!Share to TwitterShare to FacebookShare to Pinterest
Labels: Brooklyn