It Takes Some Courage!

Sorry to have been MIA this week!  I couldn't decide if I should pretend I was vacationing on a tropical island, without Internet, or tell you what I have actually been doing.

I mentioned before that I was in the process of evicting a tenant.  I wanted to let the subject drop and promised myself I wouldn't tell you how many thousands I was going in the hole, how much damage was done to the property or how badly eviction day went.  I kept searching for the positive element in all of this and wasn't finding any.

Let me clarify that I am not a landlord by choice. The property belonged to my mom. When she passed away, the recession was in full force here, there was a very public and volatile native land claim going on in the next town and the building was in serious need of repair.  Needless to say, we could not find a buyer at any price.  There were no funds to pay taxes, utilities or maintenance.  My brother, sister and I decided to buy the property from the estate, do the repairs and rent it out until the market stabilized.

That's not the courage part.  That's the dumb idea part! ~ 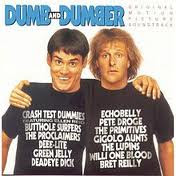 We trudged through 3+ months of legalities to get out of the mess with the tenant.  She moved her boyfriend and another family of four in with her.  She got a puppy. We were under a no harassment restriction while the process was crawling along.

The neighbours endured her friends tossing beer bottles in their yards.  They endured her kids running all over their yards and breaking down fences.  They tried to ignore the obvious signs of drug dealing going on.  Still wondering where the courage comes in?  I can tell you it wasn't found in the sheriff who was too scared to enforce the order and left us to get her out.  Wasn't he the guy wearing the bullet proof vest!  What did he expect me to do?  Threaten her with a home decor craft?  Point my glue gun at her?

The courage comes in over that puppy!  One neighbour went to her to complain about it being shut up in a non-insulated shed, in the winter, that was filled with broken glass and garbage.  He had the door slammed in his face.  He couldn't stand the cries of the little thing all night and would sneak in after dark to feed it.  Maybe that's not a lot of courage, but it's at least trying.

Then, the daughter of the tenant told another neighbour that her mom had run over the dog in the driveway and it was dead.  A week and a half later, I see the puppy limping up to the tenant's door and crying to get in.  It's the day before eviction day.  What on earth am I going to do?  My sister tries to coax the puppy to her but it will not come away from that door.

Then we see an SPCA van slowly driving by.  My sister hails it down and asks if they are looking for an injured dog.  They are.  Someone has called it in.  That someone had to give her name or they would not come, though she had told them she was afraid of retaliation.  She couldn't bear to watch the suffering and agreed to file the complaint.  She is a young mom of two kids and had to wait feet away from my rental to pick up her kids from the bus every day.  That took courage!

The SPCA guy banged on the door until they finally answered and managed to talk the babysitter into surrendering the dog.  He knew he would have to come back and formally charge the owner with animal abuse.  He was nervous to come back, but he did it.  Handing over that citation took courage!

The puppy had a compound fracture, left untreated for over a week.  The vet said it was in extreme pain and the leg would have to be amputated.  The SPCA is pursuing court action on the animal cruelty charge.  I can't urge you enough to support your local SPCA.  They may be the only hope one little puppy has!

They are certain the puppy will find a home as soon as it is well again.  I call that young mom our village Freedom Fighter now!  She's tiny and she's young, but she did what no one else did and she deserves the title!

Just as I was struggling to maintain faith in people, she came along and restored it!