One day last week my friend Wendy called me and said I had better get over to her house because "my girl" was being interviewed by Diane Sawyer for 20/20.  I don't have TV and I sure did want to see that show! I had seen her speech to the United Nations on her sixteenth birthday, but I wanted to see Malala Yousafzai in an interview situation where the words would be her own.
Once again, Malala showed herself to be wise beyond her years, eloquent and committed to the cause of education for all children.  Diane described Malala as, "...an electrifying inspiration" and "unbreakable". ~ 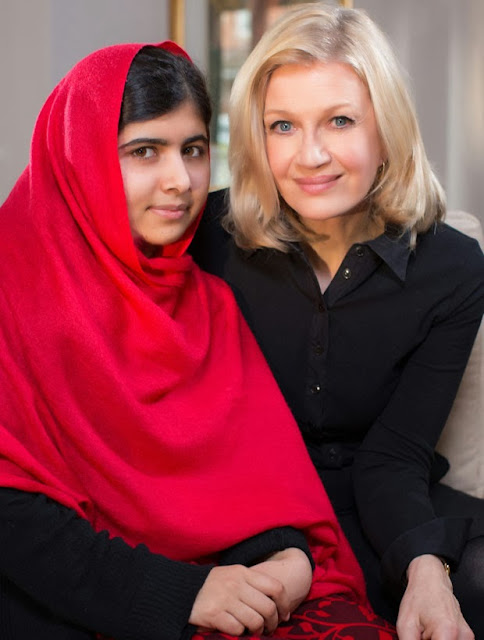 I ordered the book I Am Malala and it was a riveting account of conditions in the Swat region of Pakistan throughout her life, her life within her family and the course of events that led Malala to the fateful day when a Taliban gunman shot her at point blank range.  It's a story of miracles that converged to save her life and allow her to continue to speak up for the 50 million children, worldwide, who are denied the right to a basic education.

Of course, I know Malala isn't really "my girl".  But, she has become "everyone's girl".  She has transcended gender, nationality and religion to touch millions of people.  She has given courage to children who live in seemingly hopeless situations.  She has moved governments to action by shining a light on a shameful situation and has shown us what true courage and dedication to a cause is.  She makes me want to be a better person.  For that, she will always be "my girl".

I highly recommend this book, co written with Christina Lamb and published by Little, Brown & Co. 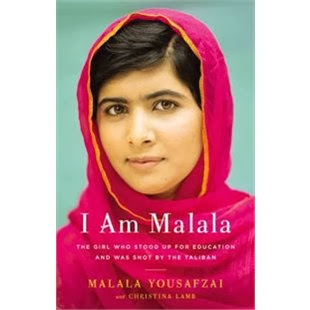 She says she does not  want to be thought of as the "girl that was shot by the Taliban" but the "girl who fought for education."

I will always think of her as the girl who showed us, all that is good in mankind. ~ 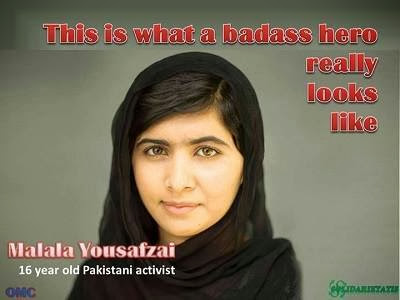