Peace In The Chicken Coop!

After Maude went all Lizzy Borden on poor Gertie, I did some heavy duty research on the problem of chickens becoming aggressive.  Of course, I talked to Farm Girl to get her suggestions.  She offered to take Maude back to the farm but I wanted to try and work things out here, if possible.  Google came up with some very interesting boards that showed this is a pretty common issue with chicken keeping.

Gertie was kept in protective custody in the old coop during the day and, for warmth, went into a cat cage in the new coop at night for a couple of days.  Too much light can stress them, so I turned off the lights in the coop and went with natural light only.  Boredom is another issue and I hung some veggies from the rafters and spread scratch around to give them something to forage for.  Every attempt to reintroduce Gertie failed.

So Maude went to jail. ~ 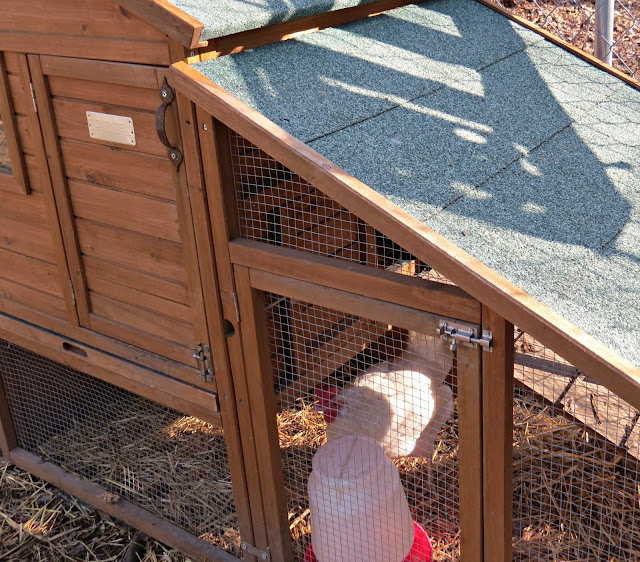 She was furious and paced up and down the run non stop.  At night she came in the main coop with Dizzy Lizzy and Gertie went in the cat cage.  This was getting to be a royal pain, shuffling chickens around!

After a week, Maude got all sulky and sat in the nesting box refusing to eat. ~ 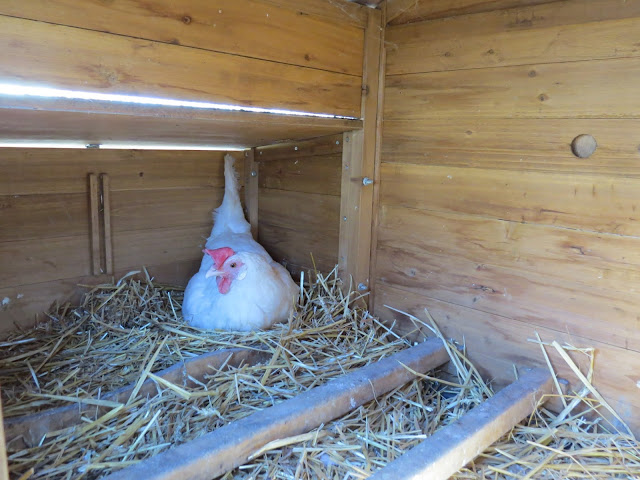 Gertie and Lizzy don't care.  They get to pull apart the fallen limb that I hauled into the pen and eat bugs. Yum! ~ 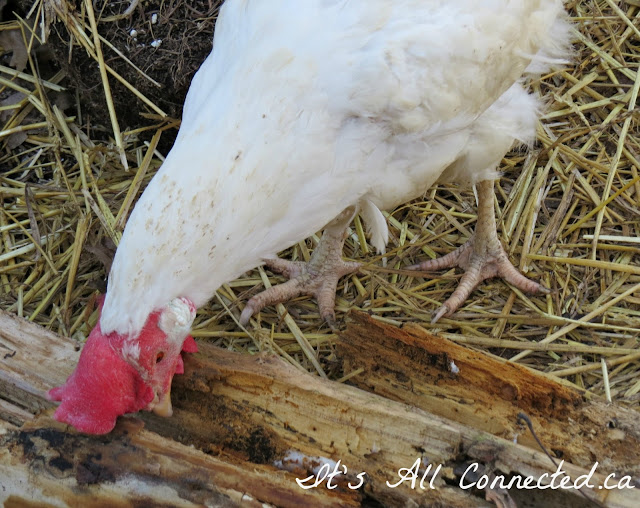 By the end of week two, Maude starts looking pretty sickly.  Is she really sick, starving herself out of pique or dying from a broken heart because I won't let her in with the others?  I'm no good at discipline!

So, today I decide to start fresh.  I break out my brand new wheelbarrow (the first thing I bought when I sold my rental property) and get ready to haul the manure out of the coop.  I let it build all winter and just added fresh straw on top. It's supposed to keep the coop warmer if you do that.

Doesn't the wheelbarrow look great with my snazzy boots? ~ 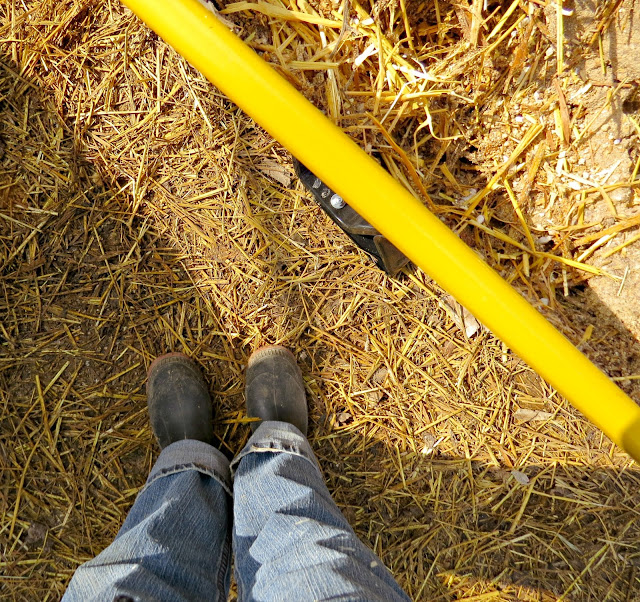 I hope you aren't reading this while eating breakfast.  It gets kind of gross!  I've checked the girls over for mites and lice and don't see any (told you it was gross) but I want to make sure there aren't any in the coop. They feast on the birds and make them anemic.

That manure was a good 12" deep and compacted so hard I couldn't get a shovel through it.  It took an old fashioned, metal pitchfork and a garden pick to break that stuff up!

Here's a beauty shot for you.  At least I'm wearing pink gloves for a feminine touch. ~ 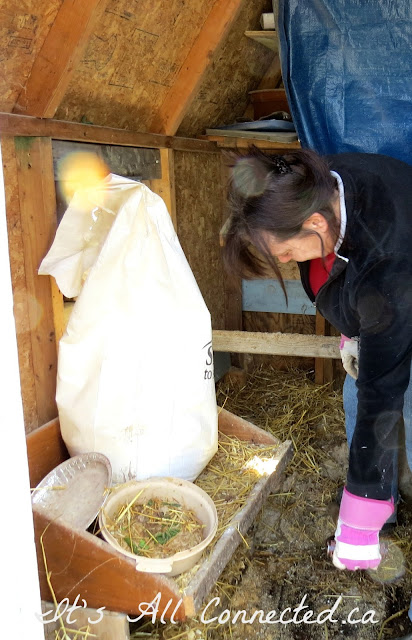 Several hours later and, with some extra help from my sister and BIL, the coop still isn't pretty but it is clean! ~ 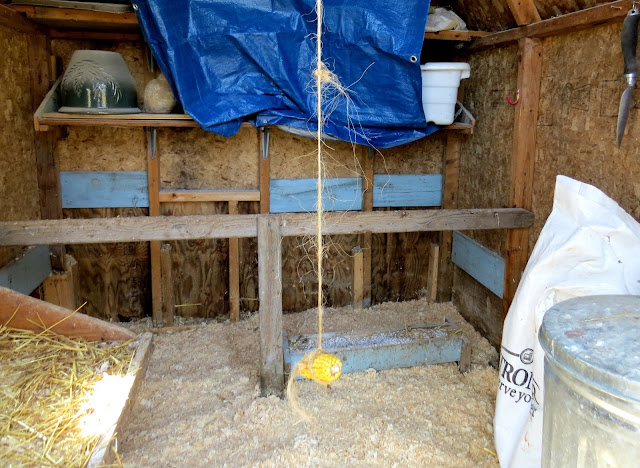 Maude was loose all afternoon and finally started eating.

We have three chickens together and none are bleeding!  Yay!!! ~ 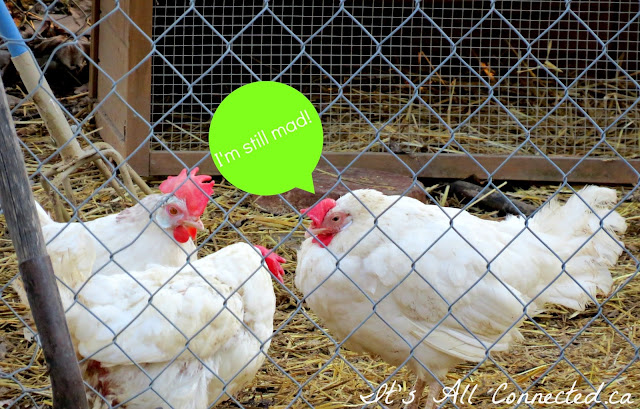 Mind you, Gertie flat out refused to come in that coop for the night unless I put her in the cat cage.  We'll work on that one next.

By the time this posts it will be Easter Sunday.  I hope every one of you feels the spirit of renewal and the joy of the season! ~