It's Never What I Planned!

I had major blog plans this weekend.  I'd do a couple of cute projects and whip up some tomatoes into  preserves.  Then, I'd photograph it all and amaze you!

My plans didn't work out.  I know you are thinking, "Wow, big surprise! Her plans NEVER work out.".

Ah, but it wound up being so much better.  I got to find stuff for the artistic director for a film!  You see, my son-in-law is the artistic director and he lives in Toronto.  On short notice, he had to stage three full sets. My daughter was at work and Baby had a reaction to a drug and couldn't go to daycare.  Daddy has to mind her. The film is being shot about a mile from my home and my daughter called and asked if I could help SIL find a few things in my area.  He needed crappy stuff for a young guy's apartment.  I'M THE QUEEN OF FINDING CRAPPY STUFF!

Within an hour, I'm sending SIL pics like this. ~ 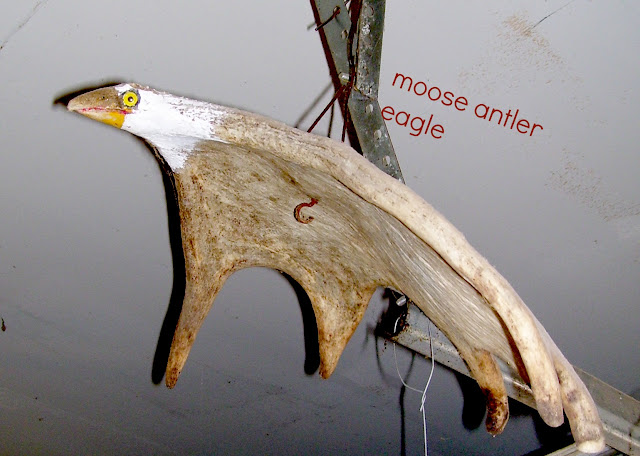 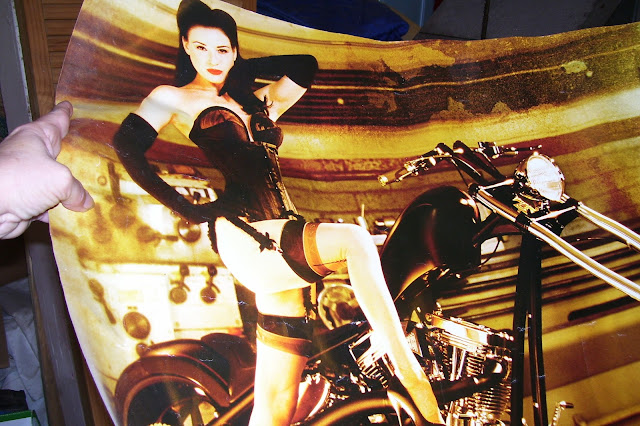 Then, he calls and needs ten stools for a bar scene and a lacrosse stick. ~ 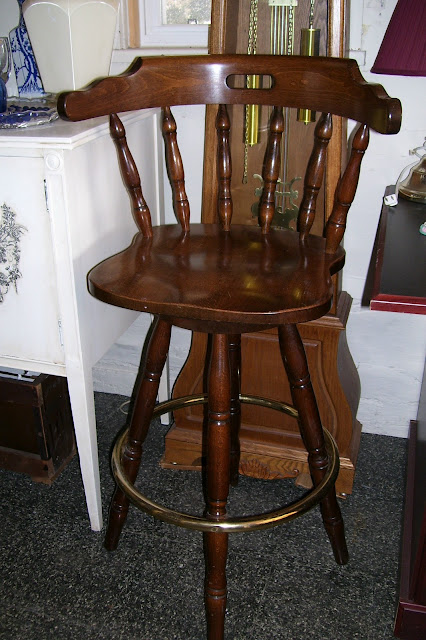 Child's play for me!  I haven't even broken a sweat and I have it all.  I've raided a neighbour's man pit in his garage, my brother and SIL's thrift store and two of my neighbour's kitchen islands for stools.  Get this, I haven't even left this tiny village!

I have the greatest neighbours in the world!  They'd never bat an eye if you asked them to loan you their car, their lawn mower or their first born male.  Well, a least they were fine with loaning the first born male's lacrosse stick.

I have this job done in two hours but I can't get into painting or canning while text messages are coming in for things like dartboards and braided sweet grass.  Seemed like I could take it easy this weekend.  That is, until my sister pulled out her hosta bed and showed up with a wheel barrow load for me!

Blackberry in hand, I started digging and made a cute, little garden where it was too shady for anything but a few shrubs to grow. ~ 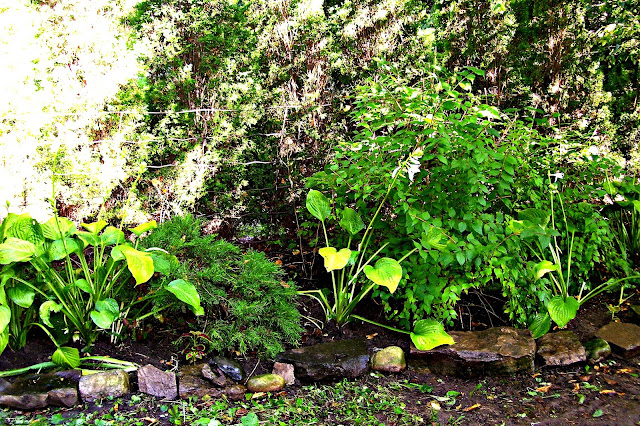 Of course, I need to outline this garden with rocks!

The rock in the next pic is one I brought home in my car several years ago.  Two guys had to load it in but I managed to get it out and move it about thirty feet.  A couple of years ago, I moved it about twenty feet. This weekend, I moved it a couple of feet and pulled all the muscles in my back!  Is that rock gaining weight or am I getting old?

This is the offending brute! ~ 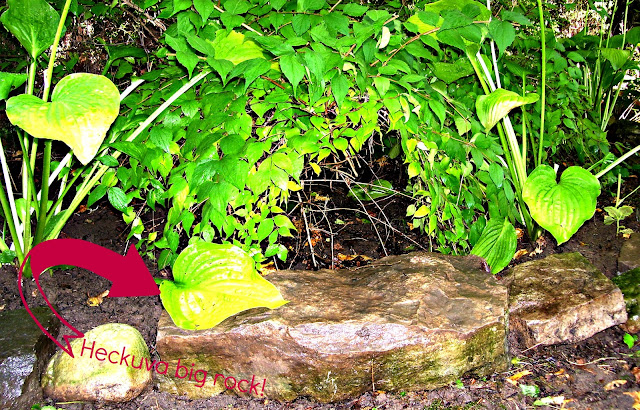 The sets are done, the garden is planted and baby is back to dancing! ~ 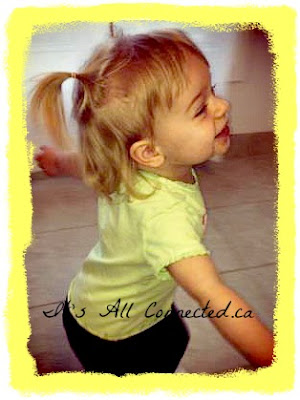 As soon as I can stand up straight, I'll amaze you with something I paint and can.  Unless my plans don't work out!