I came across an antique Coalport plate in the Indian Tree pattern and was transported back to my childhood and special family dinners. 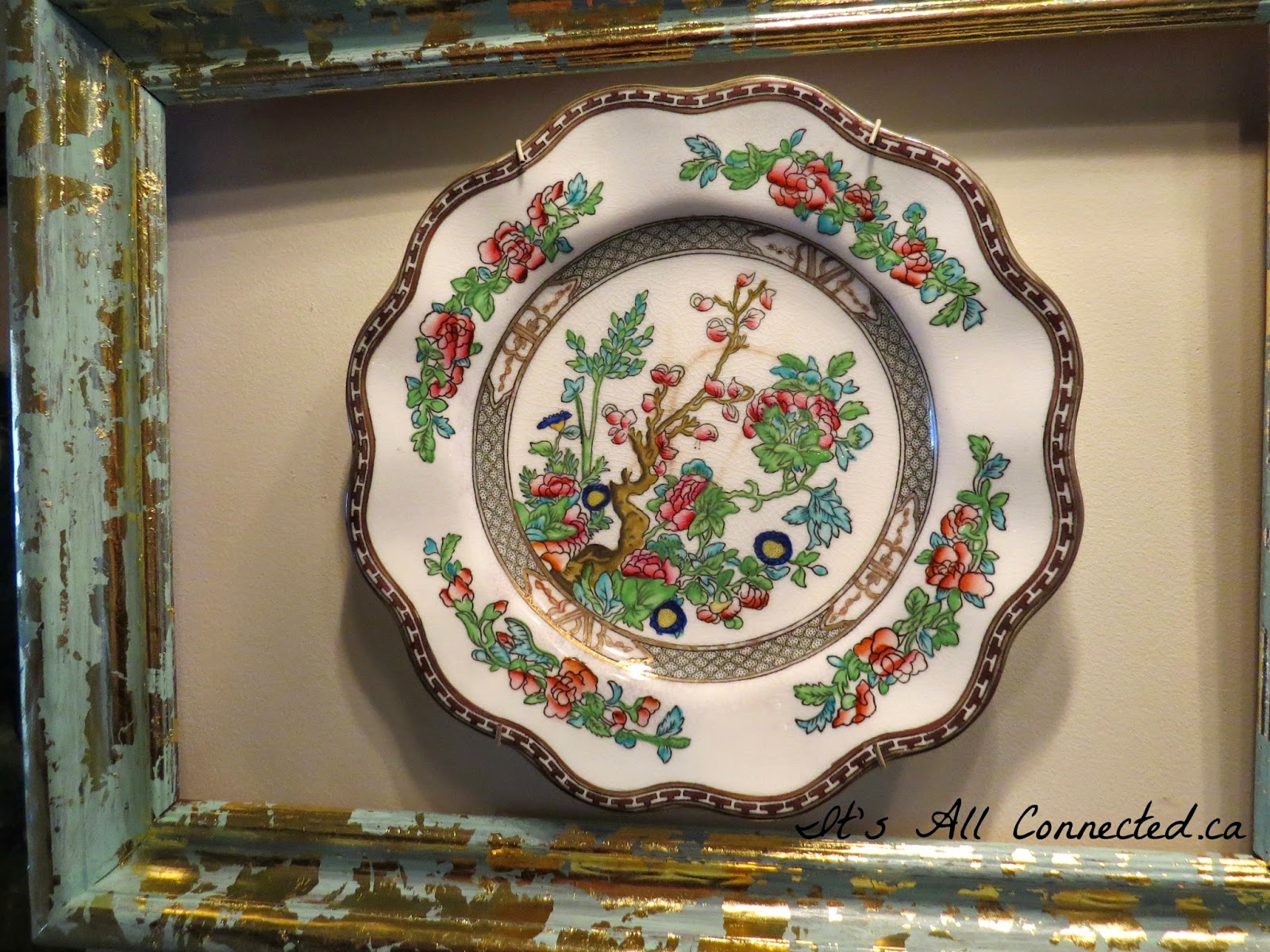 We had one covered serving bowl in that pattern and it only graced the dining table on the most special of occasions.  Mom would send us to the china cabinet to fetch the dish that we children always referred to as the pretty dish.  Oh, so carefully we would carry that bowl, eyes turned to it and fingers clamped on it in a death grip.

We knew that it was no ordinary piece of china. It had been a wedding gift to my parents from a real author! In my house, anything that had belonged to an artist, was prized above a gift from royalty.

It was even more mysterious to me because I knew the abandoned, ruined cottage that he and his wife had lived in when they retired.  There was a scandal attached to the dish because my, oh so Victorian minded grandma said he wrote, "dirty books", though she did say his wife was a most genteel British lady!

I've never forgotten the author's name, though he died in 1956 and I've never read one of his books. Finding this plate gave me the nudge to do a little research.

Frank Pollock was a science fiction writer, which completely surprised me. I had visions of Lady Chatterley's Lover, not threats from outer space. Grandma was right about the 'dirty book' part though. It must have been shocking in 1906, when he wrote his best known work Finis', a tale of the end of the world, where the protagonists, facing certain death, make love. Uh huh, they did and that must have put my grandma into a swoon!

My parents gave the dish to my brother as a wedding gift and he scoured auctions and antique stores until he put together an entire dinner service in that pattern.

I only need to have one, little luncheon plate to remind me of the story but it did look rather unimportant just plunked on the wall.

It needed a frame!

I found one in need of a paint job in my stash and gave it a coat of light blue paint to pick that colour up in the plate. ~ 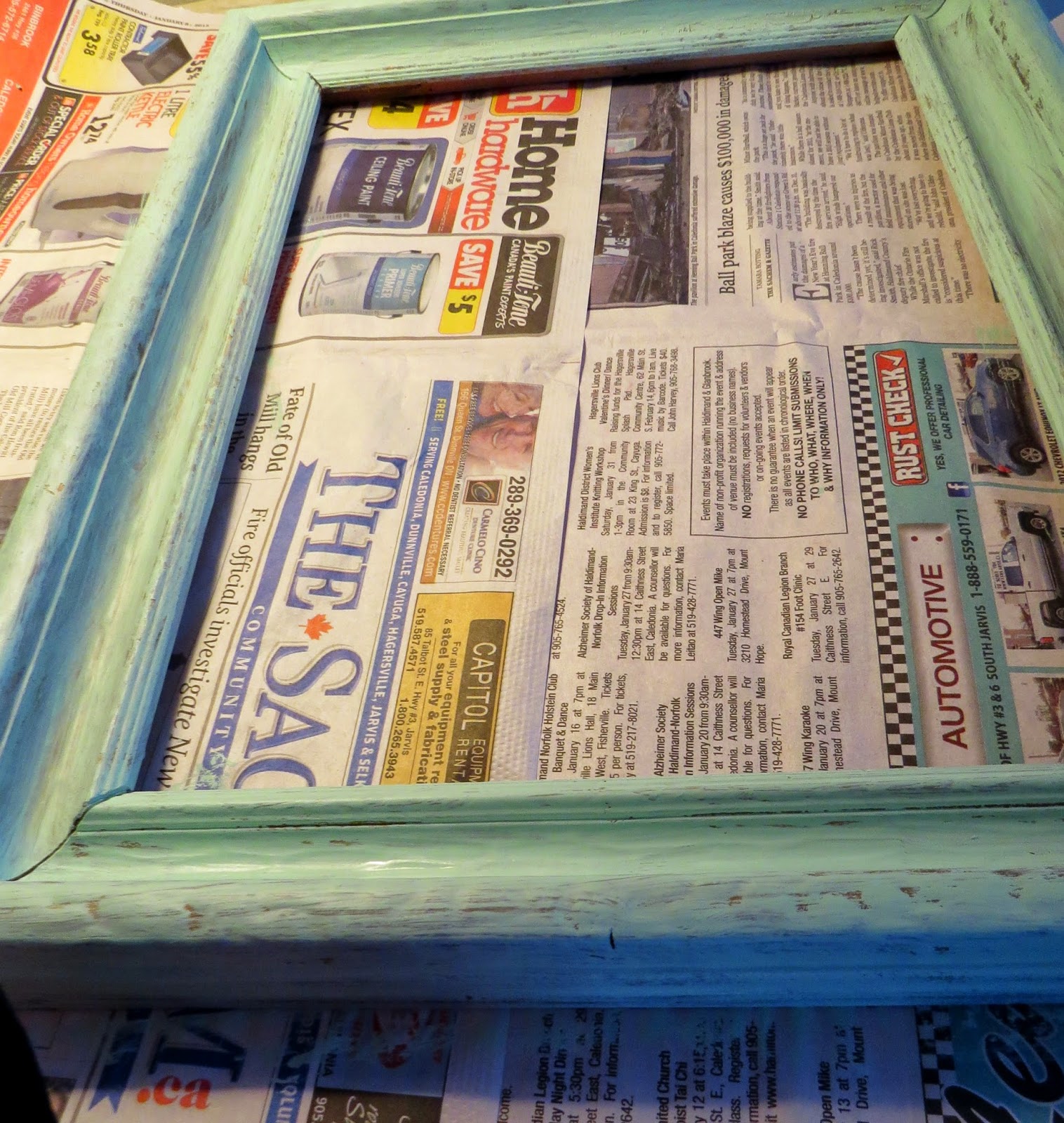 Far too boring for Frank Pollock and his dirty sci-fi books.

Let's dab at it wildly with gold leaf foil! ~ 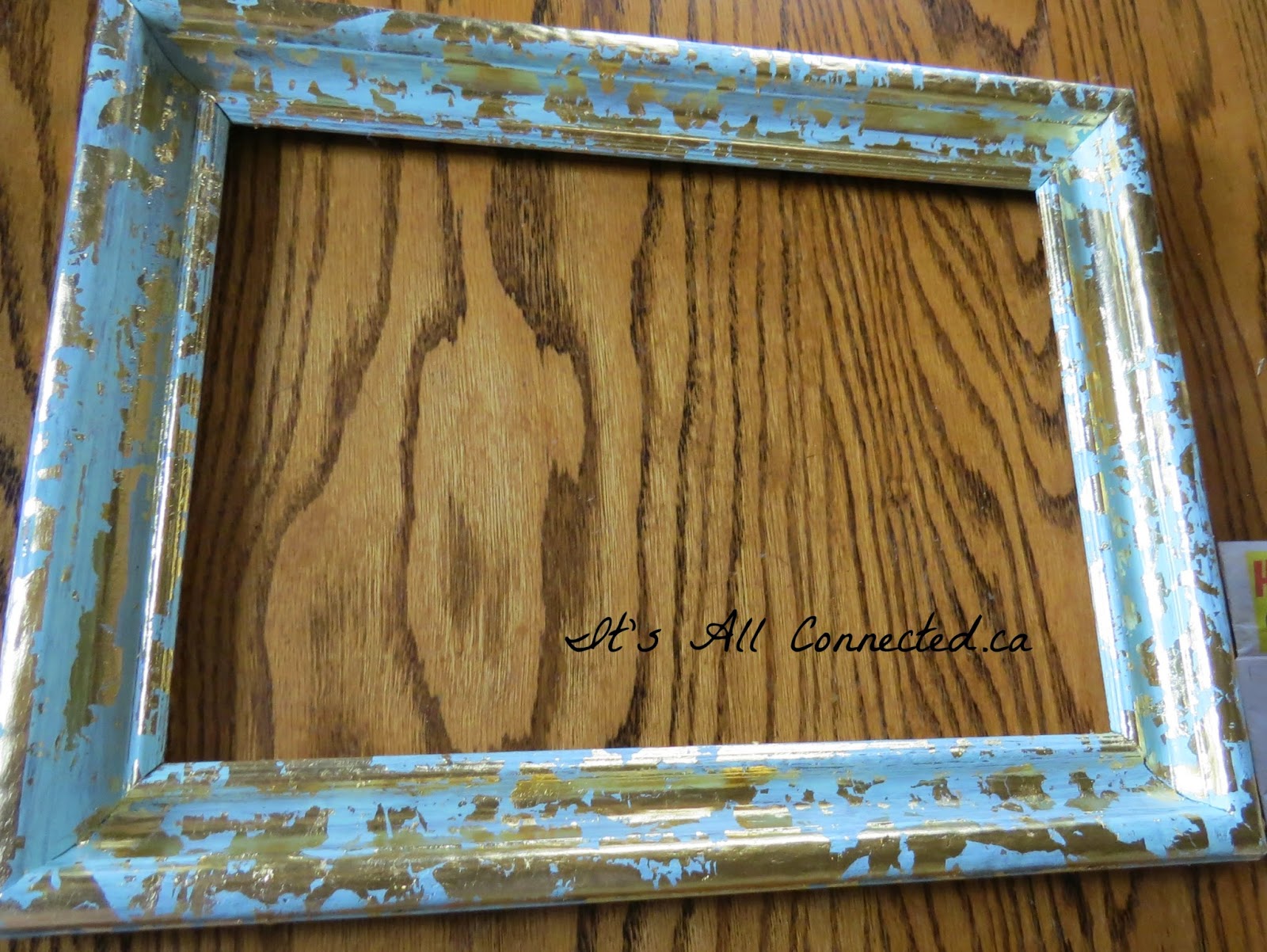 What do you think, Frank? I like it! It's classic and edgy at the same time.

I think that little plate holds it's own on the hallway wall now. ~ 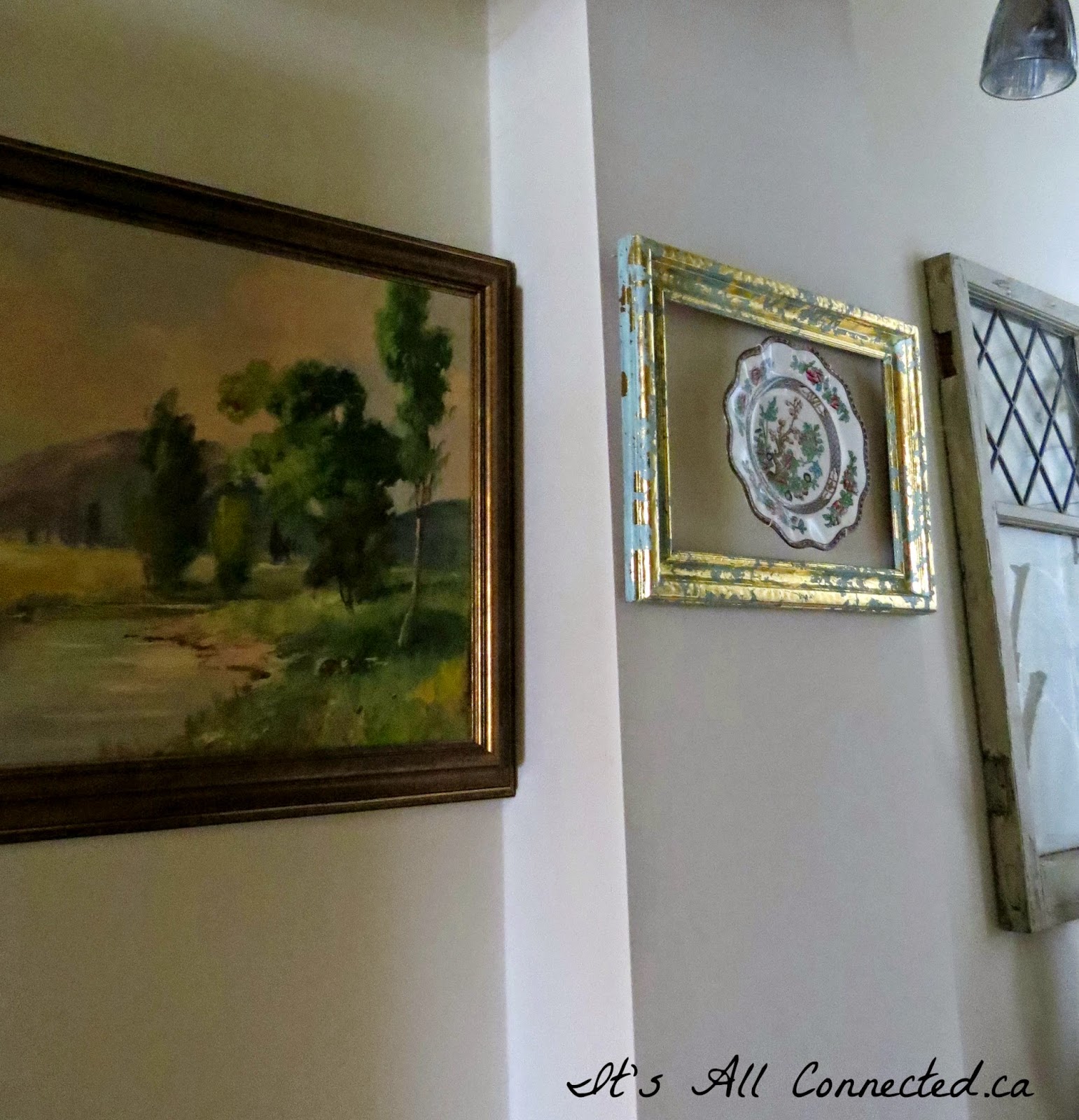 Now, I'm off to find Frank Pollock's books and short stories. This just may spice up these cold, winter nights!
Posted by Maureen Wyatt at 00:51