Is It Really Cinnamon?

In the switch to whole, natural foods, it's time for me to hit the spice cabinet.  I grow and dry all my herbs organically, so I have that one nailed.  But, what about the more exotic spices that can't be grown here?

My sister is a fan of cinnamon for it's taste and it's health benefits.  She eats it every day and was shocked to hear a health expert on the TV say that what we eat for cinnamon in North America is mostly sawdust.  What!!! ~ 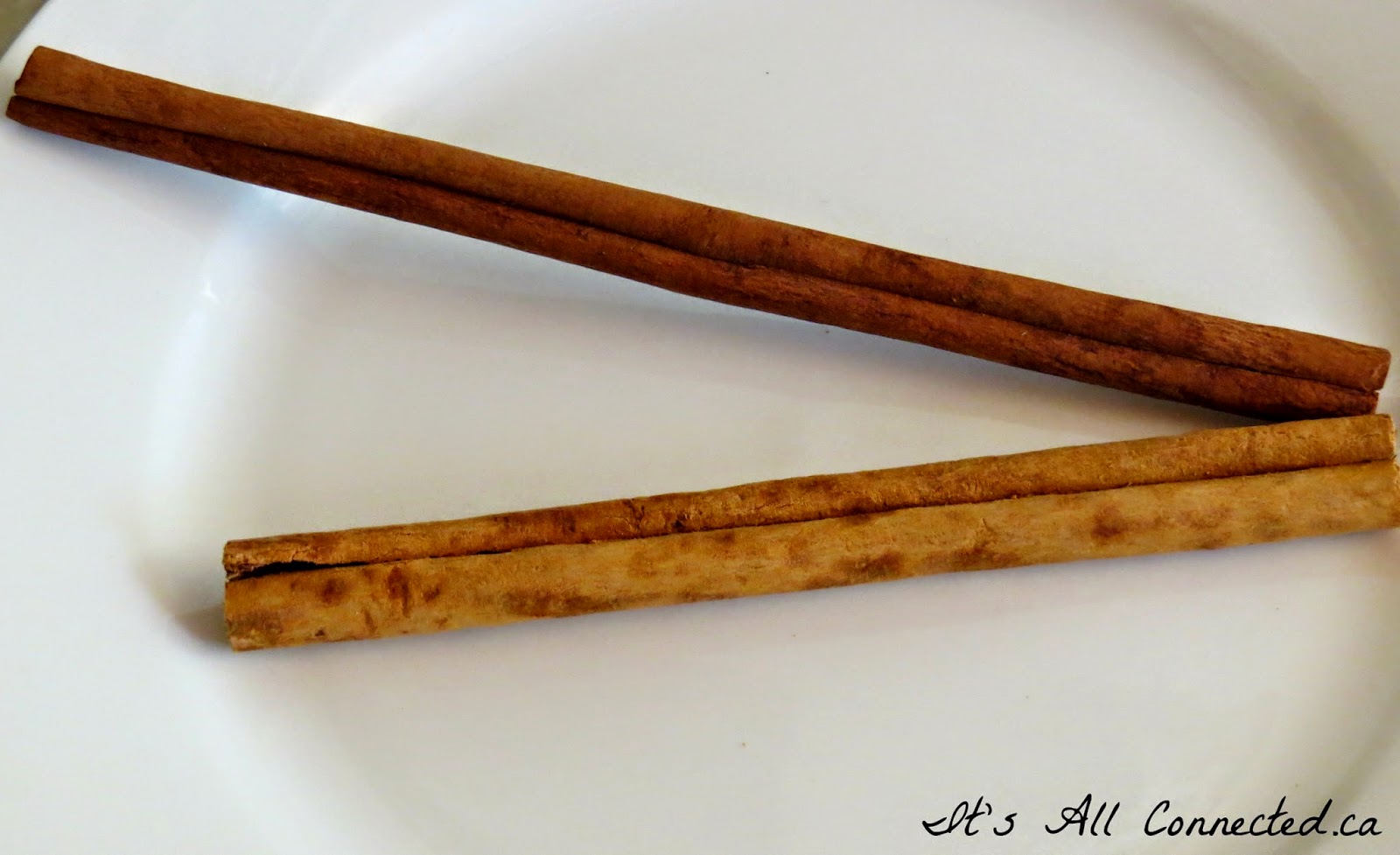 I'm sitting around drinking wine with my friend Wendy, telling her what my sis heard and we decided to do a little research on cinnamon.  I used to talk about boyfriends during a girl's night. Now it's all about the environment and the unscrupulous corporations that are destroying our food supply.  What a fun gal I am to hang around with!

Here's what we learned.  True cinnamon is the inner bark of an evergreen tree, indigenous to Sri Lanka, and is called Ceylon cinnamon.  It is light in colour, forms a continuous roll in the stick and has a delicate, almost citrus like taste.  Cassia cinnamon comes from a similar tree but the outer bark is not peeled off and is extremely hard. I guess that's where the TV expert said it was mostly sawdust. It is a dark orangey red and has a strong, spicy taste. 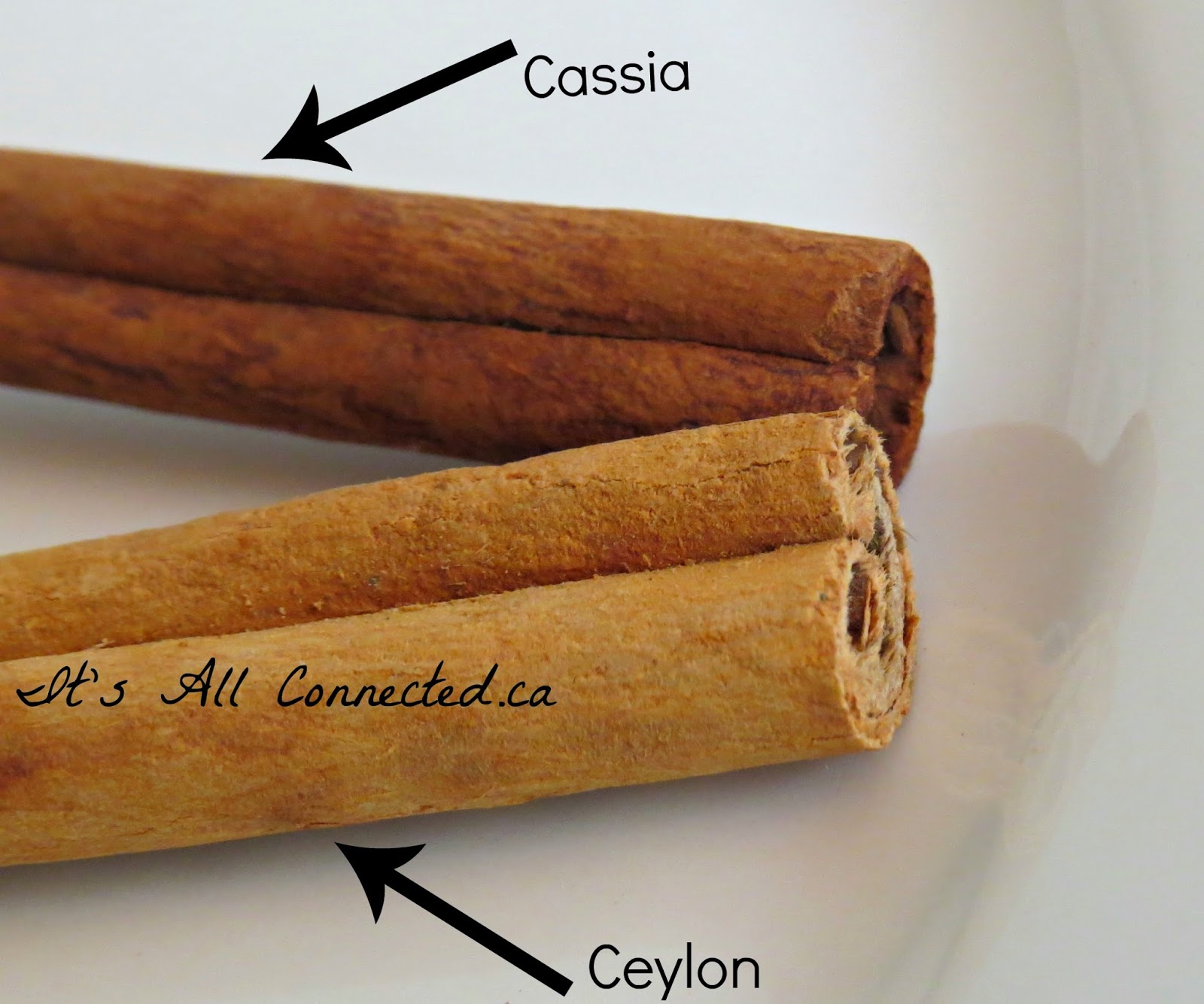 90% of all cinnamon imported into North America is cassia cinnamon.  Why do we care?  Because cassia cinnamon contains high levels of something called coumarin.  You probably know it better as Warfarin, used to kill rodents.  You read that right, Warfarin!

It's been banned as a food additive in the U.S. since 1954 and in cigarettes since 1997 because it damages the liver and kidneys.  I can't find any data saying it is banned in Canada but we aren't allowed to ship food to the States if coumarin is in it as an additive.

That doesn't mean you are safe from coumarin my American friends.  Cassia cinnamon is allowed in your food. You can buy a whole bottle of the ground stuff or bag of the sticks and sprinkle it all over your kids breakfast oatmeal! If you weigh 135 lbs., 2 grams (0.07 ounces) is toxic if used regularly. A single teaspoon would be toxic to a child. It's in candy, gum, lipstick, herbal tea, flavoured coffee, commercial bakery products, artificial vanilla and pretty much anything else you use that has a cinnamon flavour.  Why is it there? Because it's the most popular spice and cassia cinnamon is cheap.  Organic doesn't mean Ceylon cinnamon either, so be very careful what you are buying.

My friend went right to her computer and ordered a tin of organic Ceylon cinnamon sticks.  For about $25 and $5 shipping, she bought a tin of 50 sticks. They were being sent direct from Ceylon and they arrived in 3 days.

The cassia sticks I had in my spice cabinet were difficult to grind with a rasp and would probably burn out a small coffee or spice grinder.  The Ceylon sticks (on the right) are soft and grind easily. ~ 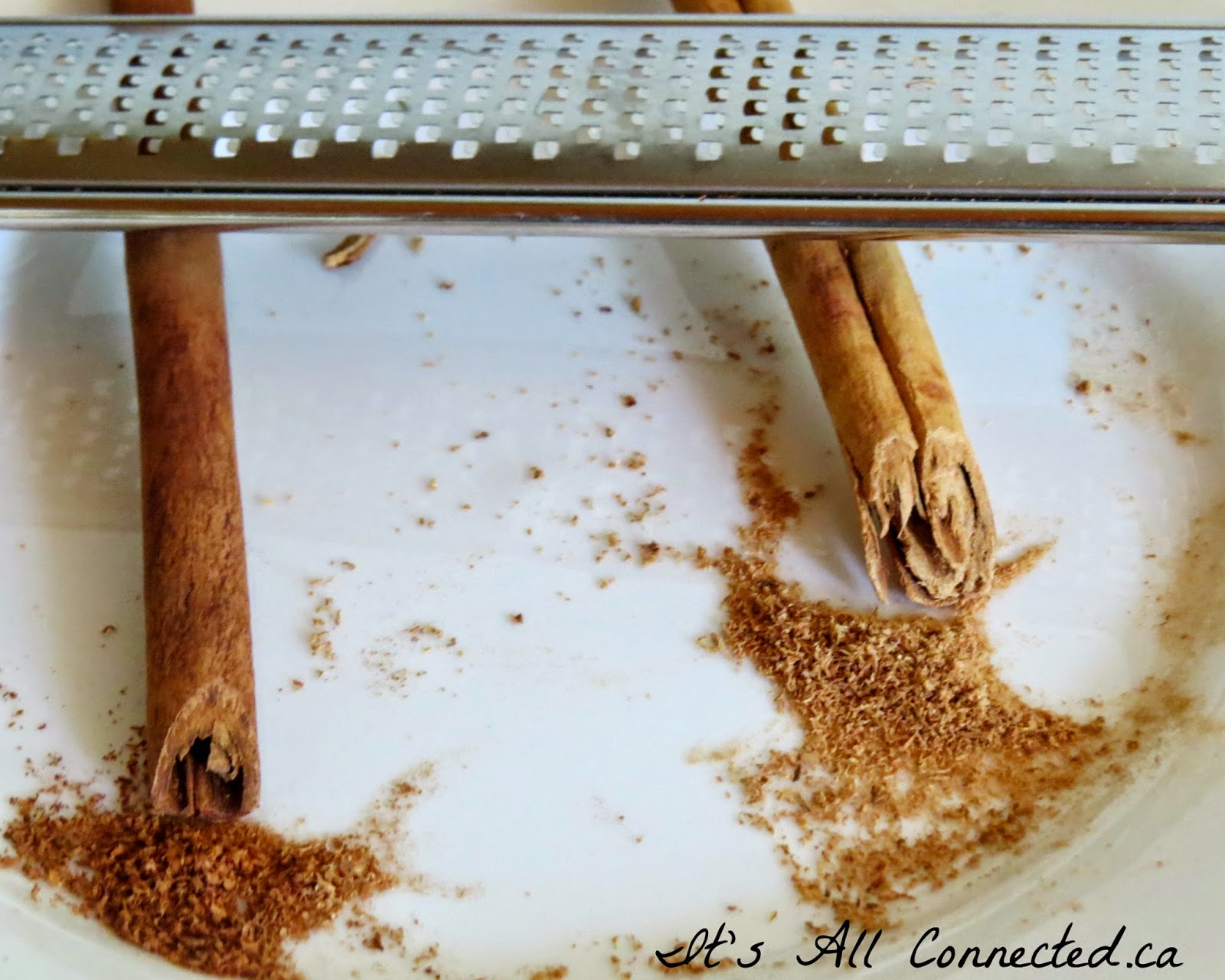 Kept in a tightly sealed container the sticks will last up to two years. ~ 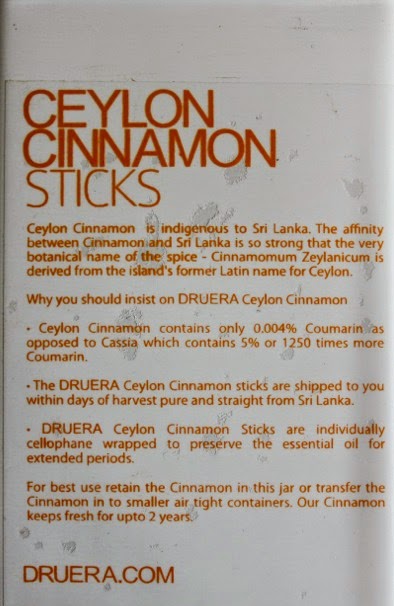 There are trace amounts of coumarin in Ceylon cinnamon, 2 to 5 parts per million.  Balance that against the 2000 to 5000 parts per million found in cassia cinnamon and I think you get the picture.

Spend a little more on the real stuff and keep on enjoying that wonderful flavour and the health benefits. True cinnamon is great for regulating blood sugar and cholesterol, relieving arthritis symptoms, inhibiting the growth of yeast and fungi and controlling allergies and increasing blood flow to the brain.

There won't be anything but Ceylon cinnamon in this house from now on! ~


I'll leave the other stuff to the rats!

I'm sharing this with:  The HomeAcre Hop
Posted by Maureen Wyatt at 16:14