Do You Want To Make Butter? 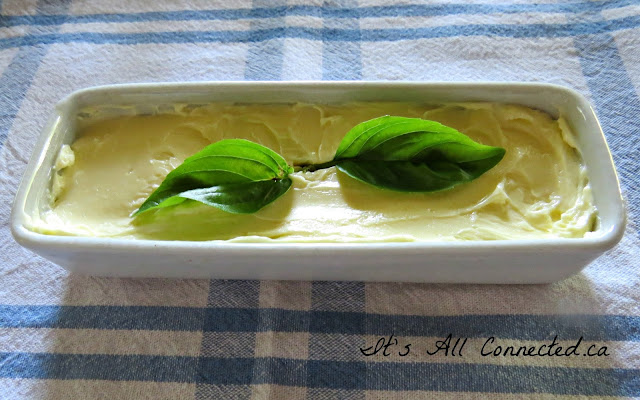 My 13 year old niece came to spend a week with me.  She spends a week or two here every summer while her parents are working.  Of course at thirteen, she doesn't need to be babysat any more and it was a pleasant surprise to get a last minute request to have her here.

For the first time ever, there was a list of things she wasn't allowed to do.  She also came without any electronic gear.  I emailed her dad and asked if this was supposed to be some kind of boot camp and he said he just wanted her to get a different perspective on things.  "Can you expand on that a little?".  "I don't want her to be one of those facebook brats."  Yeah, 'cause I'm never on a computer here! LOL Anyway, on her last night here, she phoned her folks and told me her dad was disappointed that she hadn't made butter. Well, I've never made it either!  He reads my blog and may have thought I was going to send him back a little Amish girl instead of a regular teenager.

Do you want to make butter, facebook parolee?  Yes! ~ 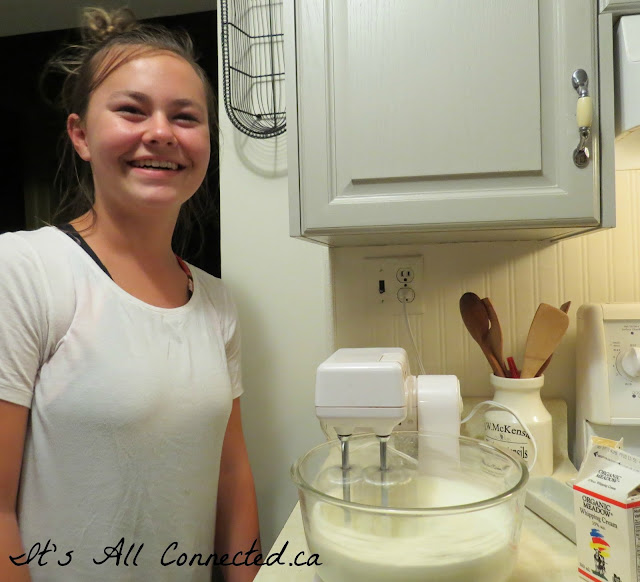 Alrighty then, we'll make butter at 10 pm, just as soon as I remember how I saw my mom do it in the seventies.

I have some organic cream in the fridge.  You need cream with a minimum of 35% butterfat. ~ 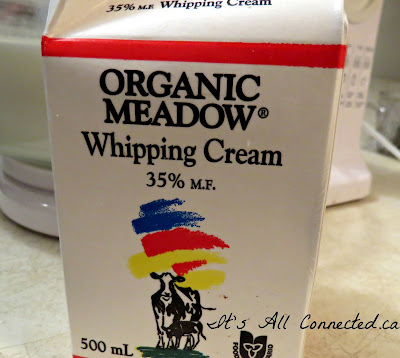 I remember my mom using a blender but we went with a mix master.  The bowl was way too small and we got a liberal spray of buttermilk when it started to separate.  I find a food processor works best.  At least make sure you use a big enough bowl with your mix master! Pour the cream in and start mixing at medium speed. ~ 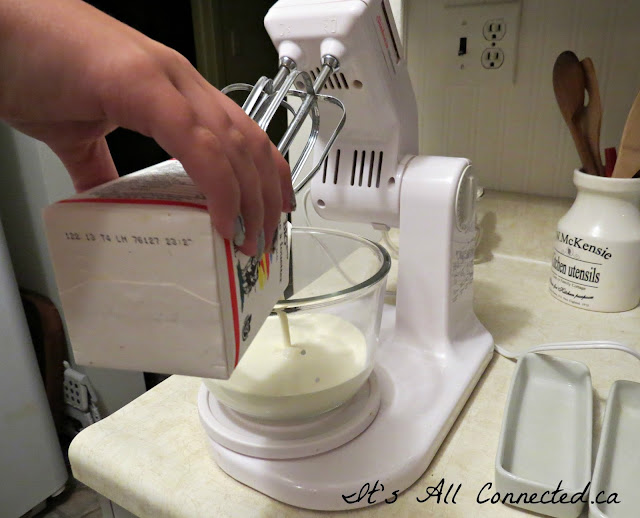 At first you get whipped cream. ~ 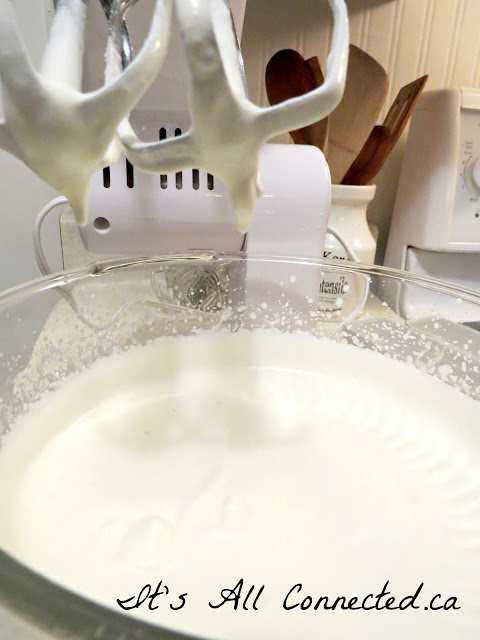 Keep mixing and it will separate into globules of butter and buttermilk. We've switched to a food processor here. ~ 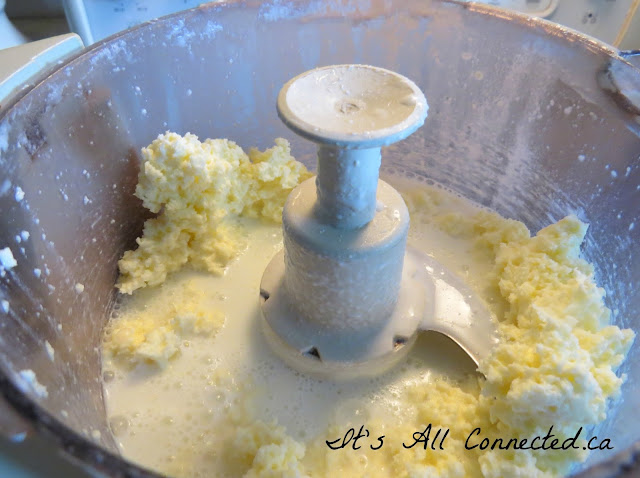 Pour the liquid off and keep it in the fridge for recipes requiring buttermilk.  About half the cream becomes butter and the rest is buttermilk.

Turn the butter out into a shallow bowl.  The closest I could come to my mom's real wooden butter bowl was a heavy plastic one I use to chop walnuts in.  It's not dirty, just stained from the nuts.  Use the back side of a wooden spoon to press the butter up against the bowl. ~ 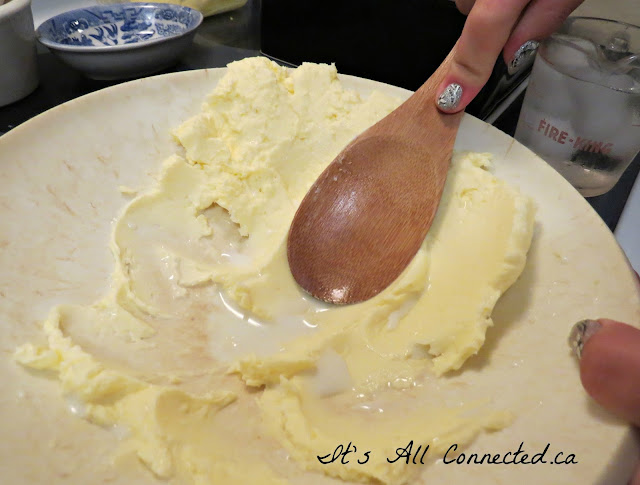 As you press, more buttermilk will be forced out.  Keep pressing and draining off the liquid.  This will take four or five minutes.  It's really easy when your niece is doing all the work and you are standing around taking pictures.  Hey, I'm not the delinquent teenager!

Now, you are ready for the ice water wash.  Put some ice cubes in a cup of water to chill it and pour about half the cup on the butter.  Smooth the back of the wooden spoon over the butter. You'll find the water will become cloudy.  Pour the liquid off and discard it.  ~ 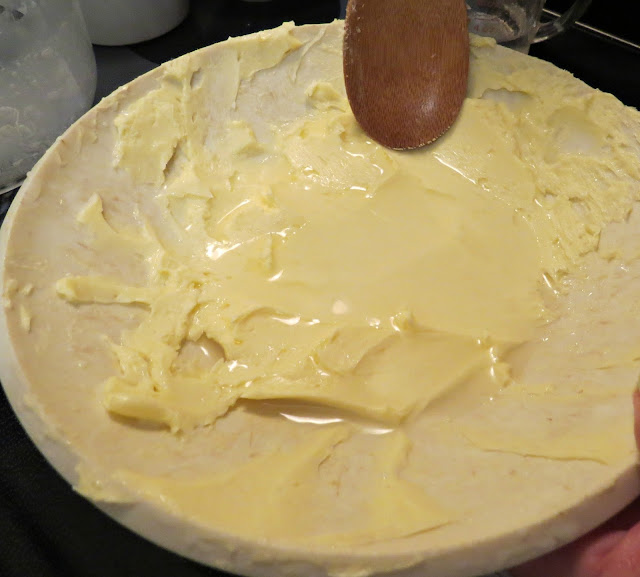 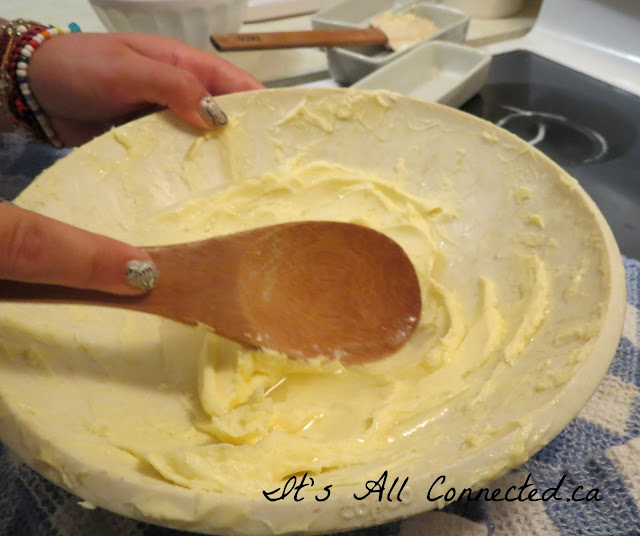 Add some more water and keep 'washing' the butter until the water runs clear.  This helps preserve your butter.  It usually only takes two washes to get it clear. 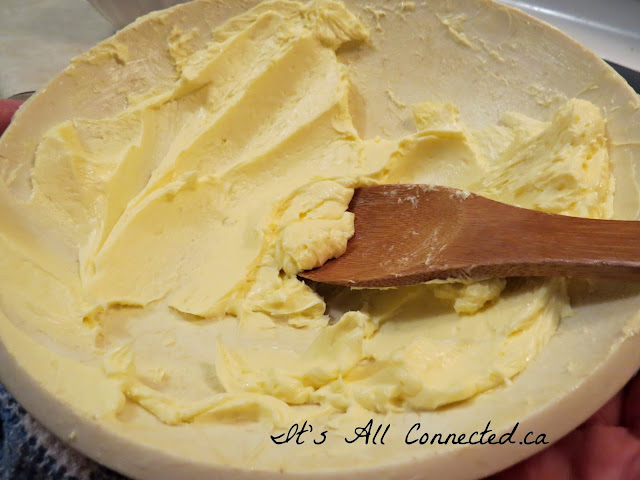 At this point you can add some ground sea salt for flavour.  The reason salt is added to butter is as a preservative.  Add some finely minced garlic and you have garlic butter.  I've been playing around with various herbs as flavouring as well.  Organic herb butter is a big hit when you take it as a hostess gift!

I did a little research and found that butter from grass fed cows actually decreases your cholesterol levels. Yay!

She was pretty proud of herself and I do believe that kids have a much healthier attitude toward food when they see the process involved in making it.  It's worth doing at least once with your kids.

Then we had to take turns on my computer posting about what we had done on facebook.

Next time, send her with her electronics!  She's rehabilitated!