I Remembered Them All Today

Today is filled with memories of all the war veterans I have had the privilege to know in my life. So many of them have passed away and their stories may be forgotten.

I live only a few miles away from the Canadian Warplane Heritage Museum and today many of those carefully preserved WWII planes have rolled out of the hanger and proudly flown over my house on their way to do a flyby over the various cenotaphs in the surrounding cities and towns.

It's a special treat to me to see the Lancaster bomber fly overhead. Only two of these remain in the world, one in Britain and the other a star in the Canadian Warplane Heritage Museum. ~ 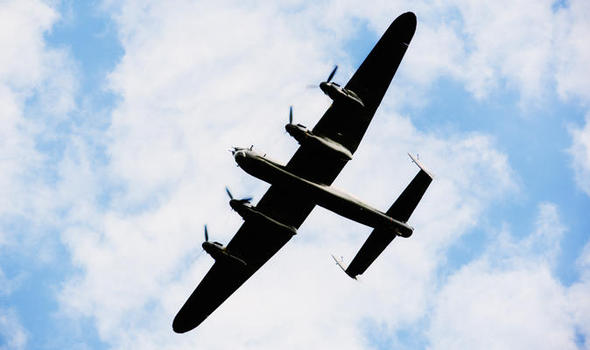 My father was only 18 when he signed on as a tail gunner for the Lancaster bomber. ~ 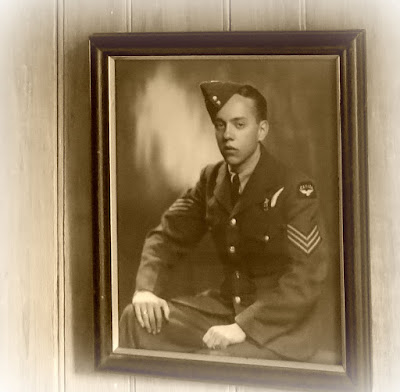 As I watched the planes fly overhead today, I remembered the first flight of the newly restored Lancaster back in the '80's.

I was going into an important meeting with the comptroller for the wealthy man who had loaned me the money for my business. Some restructuring of the repayment schedule was critical to getting the business on it's feet. The comptroller was a no-nonsense man that I had never seen crack a smile and I was nervous entering the meeting. He seemed such an unlikely business manager for the open and friendly man who had given me the loan. I knew he was a devout Christian and stay at home kind of guy, yet I'd been told he had been best friends with his wealthy boss, a jet-setting, devout Jew, for 40 yrs.  It was a mystery to me.

As I entered the meeting, I had to tell him that I would have to leave to go outside for a few minutes to see the maiden flight of the Lancaster. I was very apologetic but firm about it. He looked carefully at me and asked me why it was so important to me and I told him my father had been a tail gunner on Lancs during the war. He smiled and said my father must have been a very brave man. The tail gunners didn't make it out if the plane was shot down. They didn't even have parachutes.

I told him the piano tuner was in the building and he would be joining me to see the flyby although he never flew in the Lancaster. He had flown gliders into Holland. The comptroller gravely asked me if he could join us and have the honour of meeting the piano tuner. I must have looked very surprised because he offered an explanation. He had been a navigator on the Lancaster bomber and my wealthy backer had been the pilot.  Now I understood the bond between these unlikely friends!

Then he said, "Hands down, though, your piano tuner is the bravest of all airmen and I would very much like to meet him".

That conversation led me to do a little research on glider pilots during WWII and find out what the quiet, unassuming piano tuner had done.

These gliders were enormous wooden boats, with no engines and no armaments.They were tugged into the air like kites and set free to be flown on air currents. They transported men and equipment and landed behind enemy lines, usually to take key positions such as bridges. Once the glider landed there was no way to fly back out.

The two pilots and the servicemen they carried had to secure the position and hold it until Allied troops reached them. The battle my piano tuner flew into was to secure the north bridge at a place called Arnhem in Holland. It was the largest airborne operation of WWII. The Allied forces were not able to reach them and of the 11,900 men who were flown into the area, only 3,900 escaped or were evacuated. Of the remainder, 1,400 were killed and 6,500 became prisoners of war.

I've heard it said that WWII veterans say the G in the centre of the insignia worn by glider pilots doesn't stand for 'glider' but rather for 'guts' because that's exactly what it took to do the job!

I'm so glad I had the chance that day to learn a little more about the sacrifices that were made for me by those who fought to secure freedom for all.

We went back to our meeting and I continued presenting my proposal for refinancing. The comptroller listened seriously to what I said and picked up the papers to take back to his boss.

On his way out of my office he gave another of those rare smiles and said, "I'm sure this will be fine with him. We can do that much for a tailgunner's daughter."

I remembered them all today and saluted the warplanes as they flew overhead. My gratitude knows no bounds!