It Took A Lot To Become Canada & I'm Proud Of Us!

It's Canada Day! We are celebrating everything it took to become this wonderful nation and keep it "The True North Strong And Free". 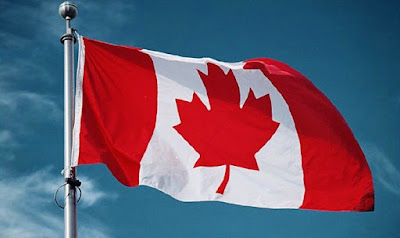 If you aren't quite sure how we became a nation, here's a brief history.

The French and English fought it out for who would claim this expanse of bountiful land. It wasn't a question of the French and English settlers  being unable to get along or even the First Nations people refusing the immigrants a place here.  It was a political, territorial fight between England and France. To make a long story short, in 1763 France relinquished her claim.

In 1867, four regions, Upper Canada, Lower Canada, New Brunswick and Nova Scotia thought it would be a great idea to form a country and call it Canada.

Canada's revolution for independence consisted of nicely asking Queen Victoria for it in 1867. She said "yes".  Yay! ~ 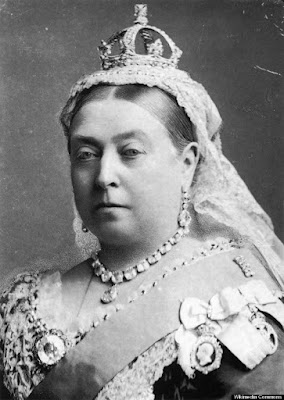 It's a good thing she was so nice about it because she was sure going to need our help, on August 4th, 1914 when Britain declared war on Germany.

It was during WWI that Canada became a full fledged nation. We didn't even have a flag before the war, just an ensign, usually used to identify ships at sea.

Our Maple Leaf flag is only turning 50 this year.

The boys came from the forests, the fields, the towns and the fishing villages to lend a hand. They came as colonials, but by the end of the war, they were undisputed brave Canadians.

They took 'untakeable' key positions from Passchendaele to Vimy Ridge and even the Kaiser referred to them as Storm Troopers.

We came of age in a time of terrible conflict and showed the world it is much better to have us as friends than force us into a fight. As a nation, we prefer the, "Be nice to us and we'll be nice to you" attitude, but don't ever mistake us for sissies.

The Victory Garden was an integral part of supporting our troops during the two, great world wars. When the government said to plough up our yards and plant potatoes, that's exactly what we did. 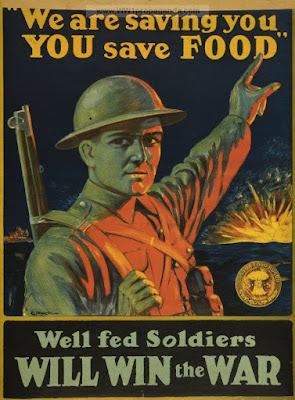 I love the idea of a Victory Garden and have painted and aged an old board in replica of a WWI sign as reminder of how important it is for all of us to do our part to preserve and protect our Charter Of Rights and Freedoms. 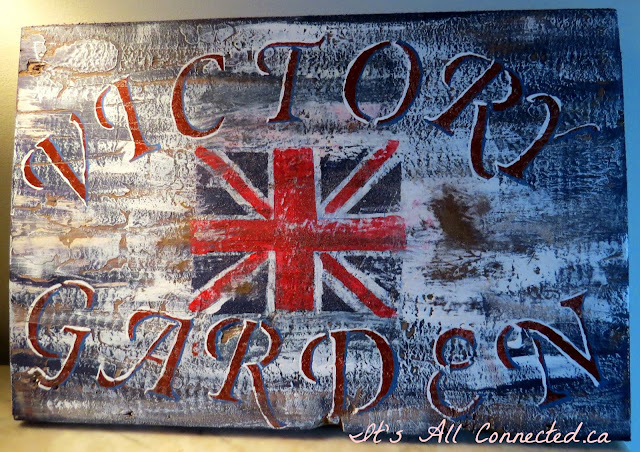 Happy Canada to us!  We earned it!