My Apology To American Girls

The 24th of May weekend isn't just a celebration of Queen Victoria's birthday. To Canadians, it's the beginning of summer holiday season and when you grow up in a northern Ontario tourist region, it means an influx of people to the area.

Now, I have to explain that the one thing people who rely on tourists for their living truly dislike is, um, well tourists.  I know it makes no sense, but I was just a kid and all the kids in my village said tourist with utter disdain. You would think we would have been happy to see the dollars flow into the area and appreciate something more exciting than the usual winter dramas of a bear knocking over someone's garbage can on a slow year or an old guy getting so drunk he fell asleep outside and lost two toes to frostbite on a big action year.

I think it's high time I apologized to two American girls in particular. I mean, it's been fifty years and even if they never really knew I existed, I do think I should set things right with them.

It was an indisputable fact that all Americans were rich and these particular girls became the embodiment of all that meant to me.

I remember standing at the side of a country road as they drove by in a red convertible. ~

They were sisters and had come two weeks ahead of their parents to open up the family cottage, which looked something like this. ~ 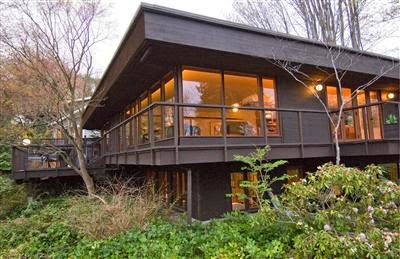 These were the kind of cottages that my friend's fathers did maintenance on and left cords of stacked firewood for.

I swear these girls were first cousins to Blake Lively because they looked exactly like her, blond goddesses with permanent smiles on their faces. ~ 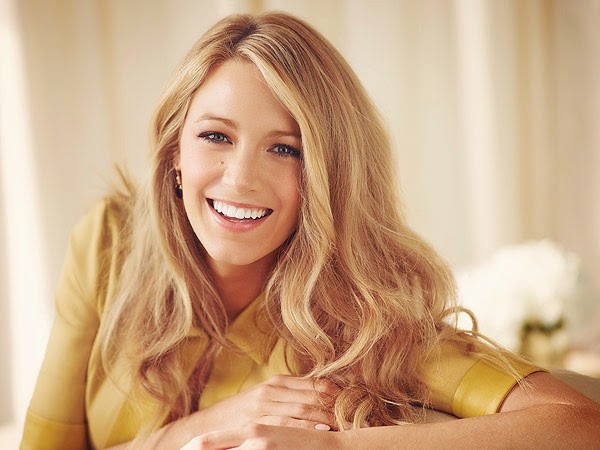 So, now that we had proof that all Americans were rich, tall, blond, happy and drove red convertibles it was obvious that we were different species that should never mix.  No problem there since they were unlikely to be picking up an odd job cleaning cottages at one of the local camps in exchange for use of the canoes and beach as my girlfriends and I regularly did.

But our paths did cross when they came to the docks for boat gas.  There is a hierarchy in fishing and camping outfits. The youngest boys work the docks tying up boats and carrying luggage and gas cans for the tourists. The older boys and, of course, these are the boys you most want to catch the attention of, work in the hut doling out bait and gas and handling cash.

These American girls would cruise up in their family boat, march on into the hut, and talk to those older boys with all the confidence and smiling faces rich, tall, blond goddesses could possess. ~ 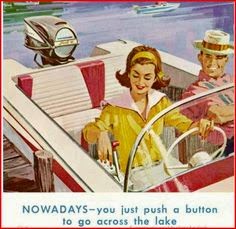 My girlfriends and I have just cleaned 10 cottages to borrow 2 canoes to go out and show off for those boys and the American girls have left us rocking in the wake of a 40 horse Evinrude!

We wished they would get in their convertible and go back to Ohio. At thirteen, I wasn't really sure what Ohio looked like but I was heavily into beach blanket movies at the time and pretty sure it looked a lot like this.

With all those palm trees, I didn't see why they wanted to bother coming up here anyway.

We turned stony eyed faces to the American girls whenever they bumped into us at the general store and ignored their comments on the weather or questions about ourselves.

The tourists had regular entertainment events at the swishier lodges in the area. We had a jukebox to dance to in the General Store on Saturday afternoons. But, on the particular evening I'm apologizing for, we had a brand, new building opening as a rec hall for local kids. It was a basic wooden, one room structure, with an outhouse, and wouldn't have impressed anyone from as grand a place as Ohio. To us, it was the most exciting event of our lives!

We dressed in our finest homemade or catalogue ordered outfits for the dance. ~ 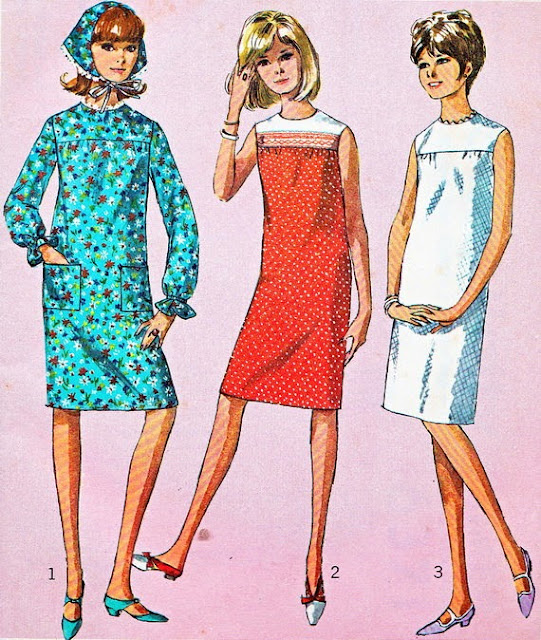 The stereo was playing and the girls were standing on one side of the room and the boys were standing on the other side. The funny part is, we all went to the same two-room schoolhouse, except for the ones that had already gone on to high school, and were in and out of each others homes all the time in a village of fifty homes. I was best friends with the sister of the guy I liked. I slept over at their house on a regular basis. Put us all in a dance hall and we were nervous strangers.

Bit by bit we started to dance with each other. We were finally having a great time and who should walk in but the American girls!  They were smiling and bopping to the music and chatting away to guys and girls alike. They weren't even uncomfortable about coming in shorts and not being dressed up like the rest of us.

Do you know what we did? We didn't talk to them. Not one boy asked them to dance. We simply ignored them and none of their gestures of goodwill could budge any of the kids in the crowd. I'll guess that the boys may have been intimidated by rich, tall, blond goddesses who drove red convertibles. Most of their parents worked for the tourists and a good percentage of the boys were native when that still was a bit of a taboo in some circles.

And we girls? I think we were just jealous and that jealousy made us mean. I don't remember when the American girls left the dance, but I do remember we were glad they were gone. They never came to another.

I don't suppose those girls suffered overly from our bad treatment of them. But, I've been bothered by it always. They are the only tourists from the hundreds that came and went that I never forgot. The more I thought about them the more I realized they were just a couple of nice, friendly girls that were probably bored to death with the events at the swanky lodges and looking for some teenagers to hang out with. I doubt they were interested in showing off their obvious financial superiority any more than my friends and I made any distinction over my father being the school principal and theirs being fishing guides and handymen.

Since the girls would be in their mid-sixties now it might seem a little late to offer my apology. I'm doing it anyway.

"American girls, that look like Blake Lively and live in an Ohio that looks suspiciously like Malibu Beach and came to a cottage in French River, Ontario every summer, I wish I had asked you to go swimming with us and shown you where the best spots were to watch the beavers build their dams. I wish I'd let you teach me how to ski behind that big ass motor. I wish I could tell that Indian boy that was so sweet and handsome enough to be in the movies to ask you to dance. I wish I could do it all over again." 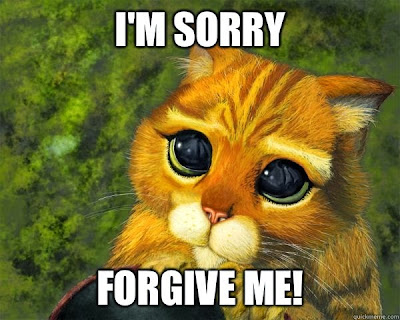 If it helps you to forgive me, I stopped judging people by what they had, how they looked or what country they came from. You can give yourselves full credit and a pat on the back for that one, American girls!
Posted by Maureen Wyatt at 02:11