Where You Been Maureen?

I haven't run off to the South Pacific to get away from the coldest winter on record in Canada.  I wish! 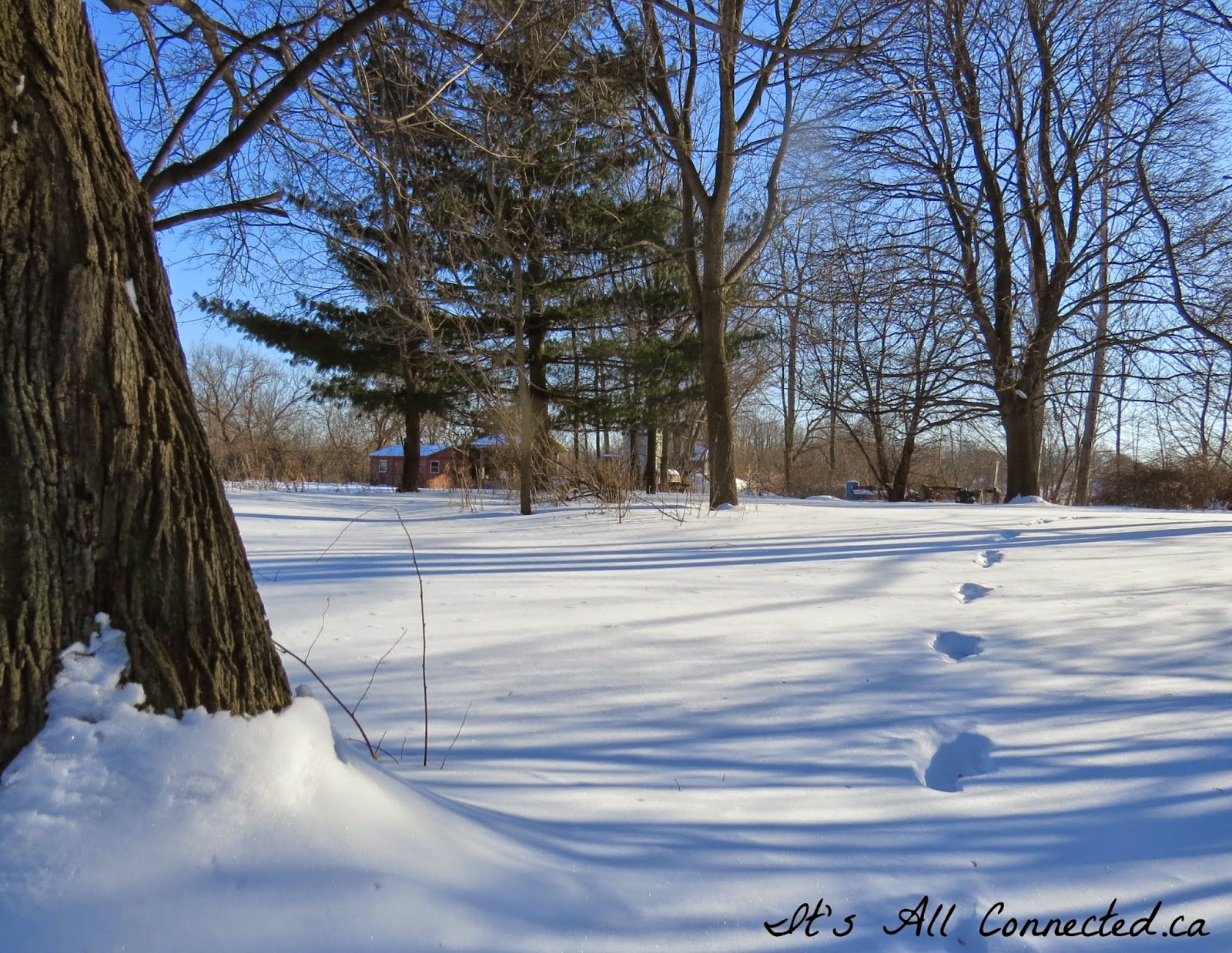 So many people I know have had the pipes burst in their homes and municipalites have been battling frozen or burst water mains. I was lucky enough to only have a frozen bathtub drain to deal with. And, if you are a cat named Clara Jane, helping with plumbing repairs is a total riot! Watching that rag that's plugging the overflow shoot out every time the human uses the plunger on the drain is more fun than a barrel of monkeys.  For me, trying to plunge with one hand while I hold the rag in the overflow with the other, isn't quite so much fun.

The poor chickens were trapped in the coop for two whole weeks, so they didn't get frostbite, and it's only in the last few days that I know it's 5 o'clock by them clucking and staring at the house, demanding their supper.

Rukmini, Elizabeth, Kay, and Maddy think staring at the gate will make me magically appear but Viv takes the proactive route of squawking at the top of her lungs, from the highest spot she can find. ~ 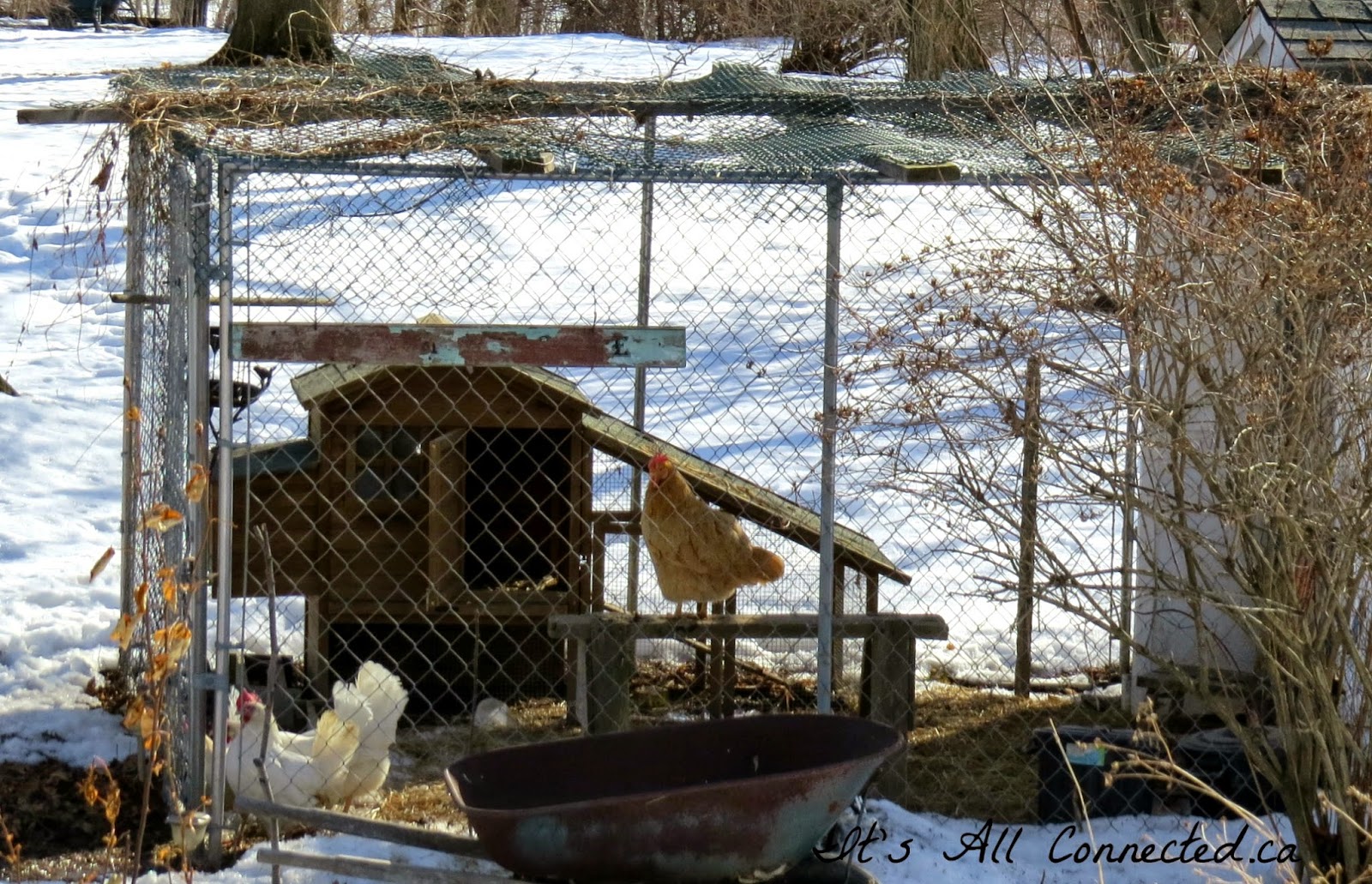 You'll notice Anne Boleyn is not there. She has passed on to the great coop in the sky. Dear Anne, who was nearly pecked to death at her former home and would have to be put down if my girls wouldn't accept her. Anne, who overcame her fears and made friends with Kay.  Anne, who never laid an egg in her life but stood guard over the other chickens while they laid theirs and wouldn't take one step away from the nest until I came to take the eggs. She was the first alert when predators were in the yard and ran to my door, squawking, to get help. I miss her. 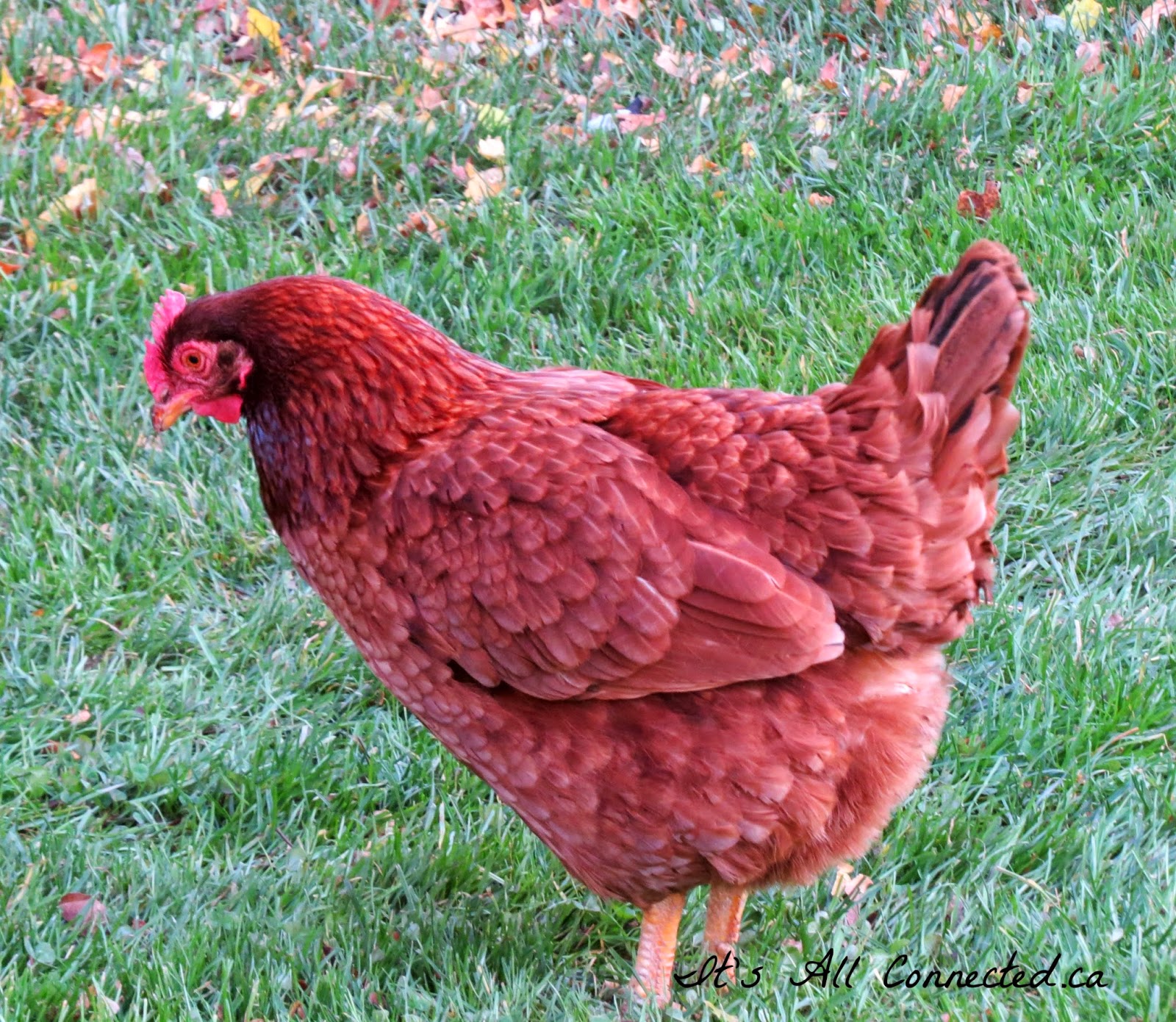 None of that explains where I've been though, does it?

Well right in the middle of an insufferably cold winter, when it's taking your life in your hands to stir out of doors, the screen on my laptop fritzed out. I'm trapped in the house, cabin fever is a definite possibility, and I have no computer to help me while away the days!

This laptop is not worth paying a repair bill and I can't afford a new one, so a nice, computer savvy guy offers to try and fix it for me.  Yay!

Before you come down too hard on him, I'm the one who told him to break a piece of the frame off so I could get at the wire that was loose.  A little wiggle and I had a monitor again. I've taken the fix a step further by jamming the pen in to make sure the wire stays in place. 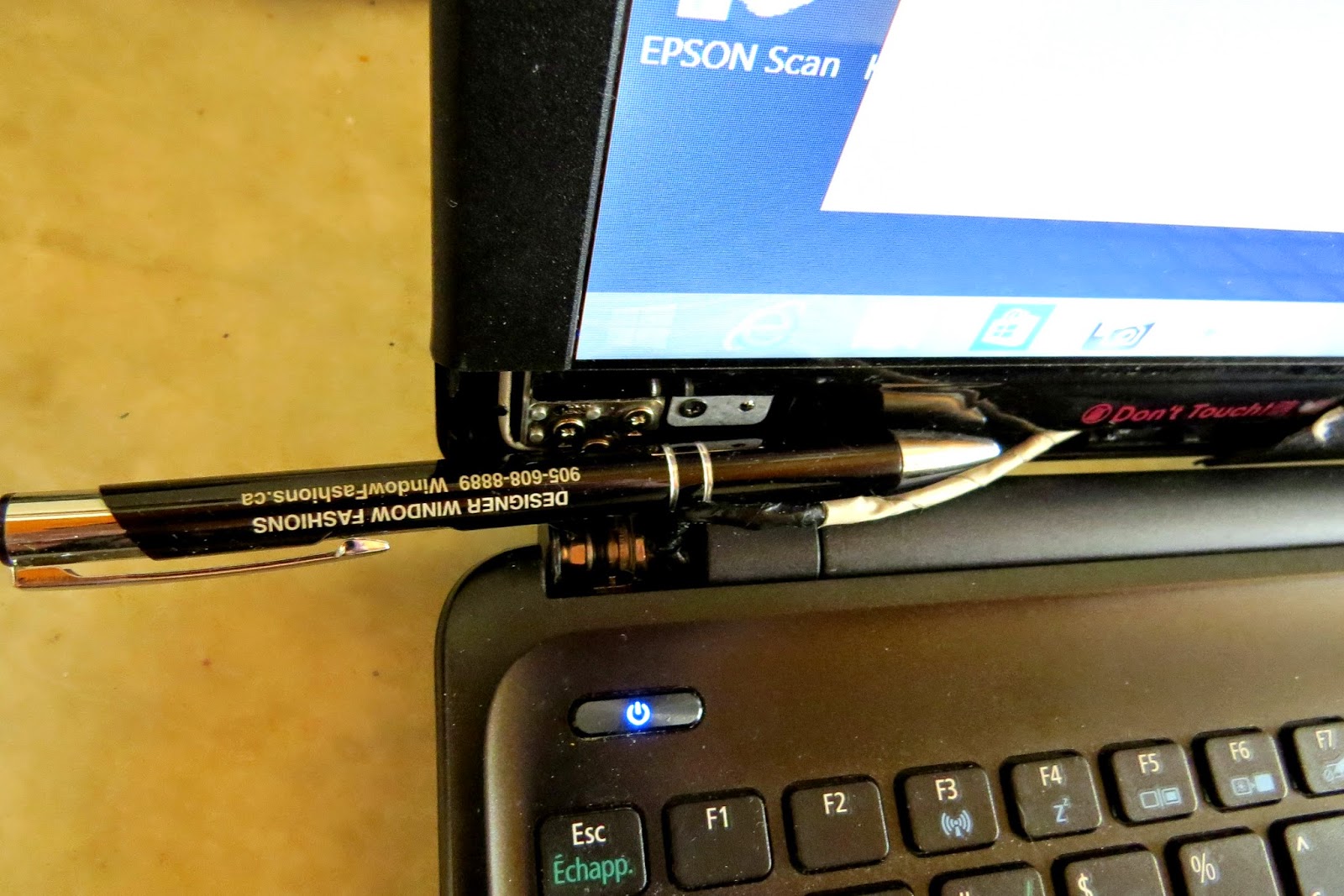 Don't you just love the pen jammed in right beside the Don't Touch!!! warning on the monitor? I may be the first blogger in history to die in the line of duty.

Oh well, all this frigid, computerless time has given me lots of opportunity to get projects done and I'll be talking your ear off about them all.

That is, right after I take advantage of a mild day to go out and see if I can salvage my snow destroyed boxwood hedge. ~ 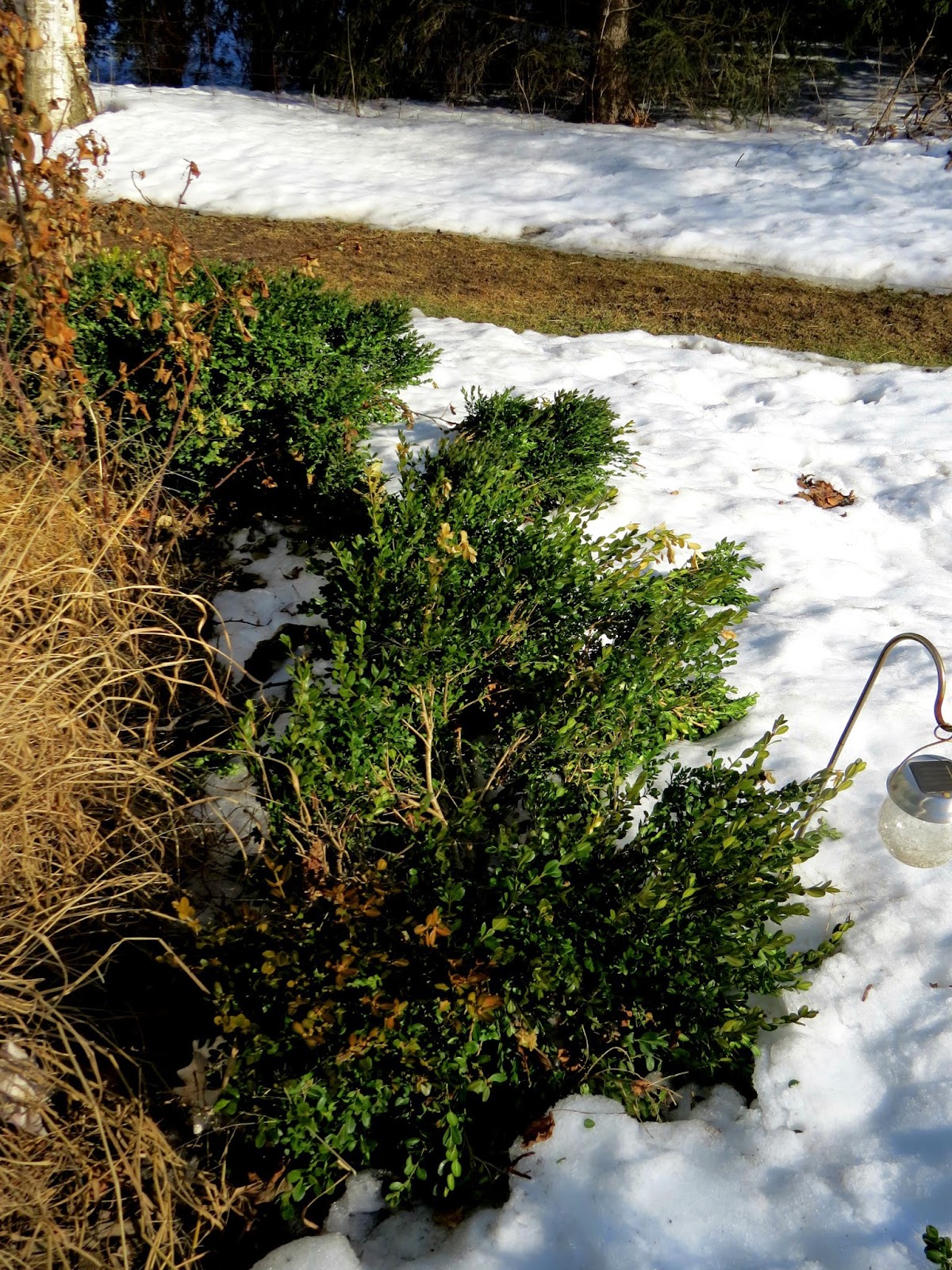