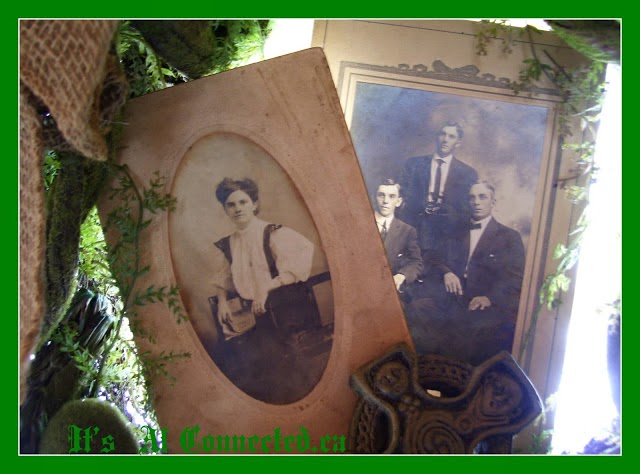 I'm one of those gals that calls herself Irish, though I've never set foot on the 'ole sod. Nor, had my mother or Grandma ever been to Ireland. For all that, they stayed as Irish as Irish could be. My Canadian-Irish ancestors stayed within tight-knit Irish communities, married other Irishmen and, even two generations back, spoke Gaelic. My mother and one of her sisters were the first to 'marry out' as her family put it.

I was living like any other typical Canadian girl when a serious illness had my brother in a hospital a long way from home and my mom looking for someone to take care of me. I think I was 6 or 7 years old at the time.  She sent me to a great, great uncle's farm, in an all Irish enclave near Owen Sound, Ontario.

It was a scary, old farmhouse and a scary, old couple would be my hosts. I sat on the edge of the bed that night and listened to the "Oooooo" moans of ghosts that were surely trying to get in through the darkened window. It was a scene right out of Wuthering Heights and I was scared nearly to death.

Down the hall came my ancient great-great Uncle Simon, heading to bed before Aunt Cassie, for he always had an early start to his mornings on the farm. 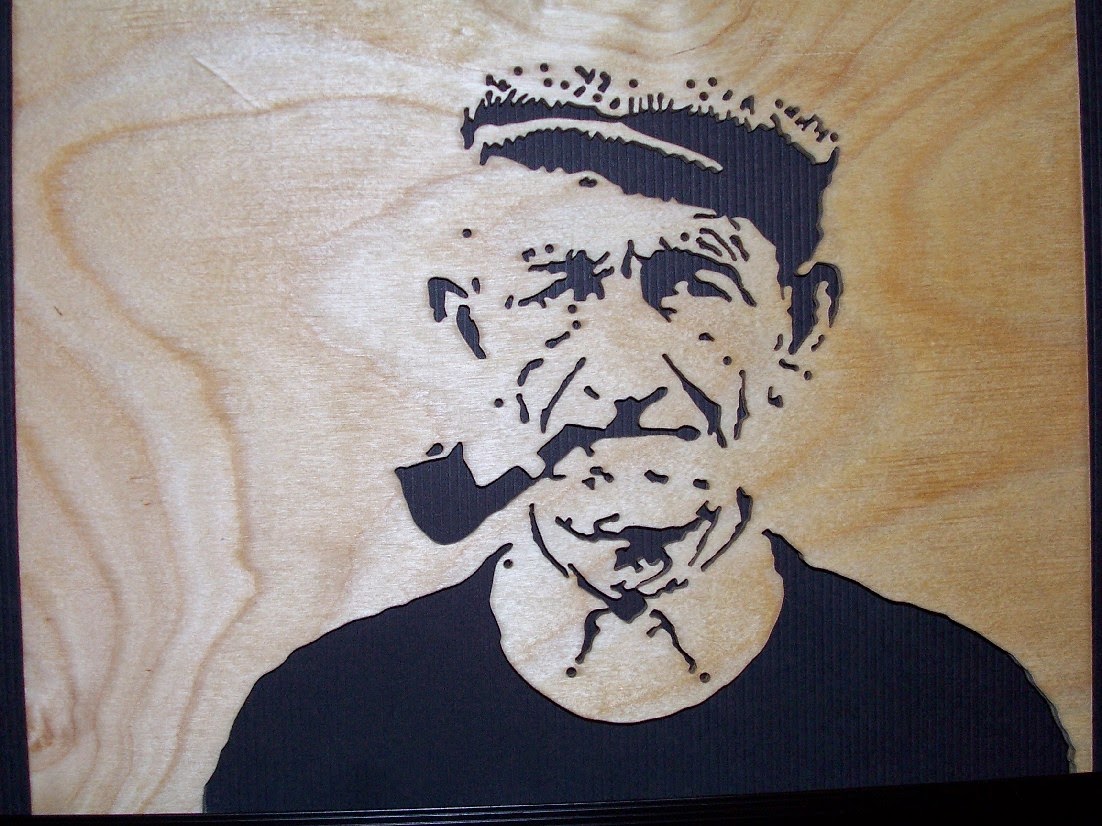 "And why would you be crying, mavourneen?" he said in the thickest of Irish brogues.  At least I recognized mavourneen as an endearment that my mother used. "It's nothing but the bawling of an old, blind cow that's walked into a fence in the dark. You wouldn't want Cassie to be on at me about getting rid of her because you made a bit of fuss, would you?"

Suddenly, I wasn't afraid anymore and Uncle Simon told me he would take me to meet the old cow in the morning.

"I'm thinking you'll be needing a playmate while you're here. I'll have my son Clem bring his girl down from his farm over a space. She's a sprightly, wee thing and has the nackiest little lamb that follows her about." How I loved that farm, from that moment on. My cousin and I jumped from the hayloft into deep piles of hay, wandered through fields of sweet grass to pet the gentle, blind cow and cuddled a litter of barn kittens; all with a frolicking lamb in tow.

My mother cried when I came home because she couldn't understand half of what I said. I was speaking Gaelic!

I lost the bit of Gaelic I'd learned, but I never lost Uncle Simon's love and respect for the animals that provide us with the food. 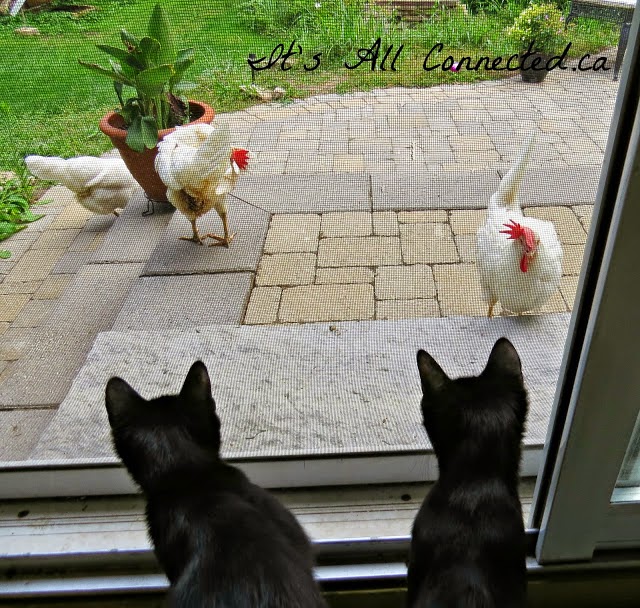 How am I doing, Uncle Simon? I gave blind Gertie a pretty good home, I think.

I was an adult when Aunt Cassie died. Uncle Simon was as old as the hills and still on the farm. He certainly had some form of dementia. My aunts were upset at him crushing soda crackers and trying to light them in his pipe. Worse yet, he kept asking who had died and, when he finally realized it was his wife Cassie, he horrified them by saying, "She was a good girl.  I always liked her."

To them, it showed a lack of feeling but to me it was that quiet man's way of saying he cared and he was constant in that caring. I thought of him saying the very same words to explain his devotion to an old cow. He said things in a simple way, but he felt them deeper than many a more eloquent man.

So today I celebrate St. Patrick's day with an homage to roots, families, farms and animals. It's the heart and soul of Ireland, transported to another grand land! ~ 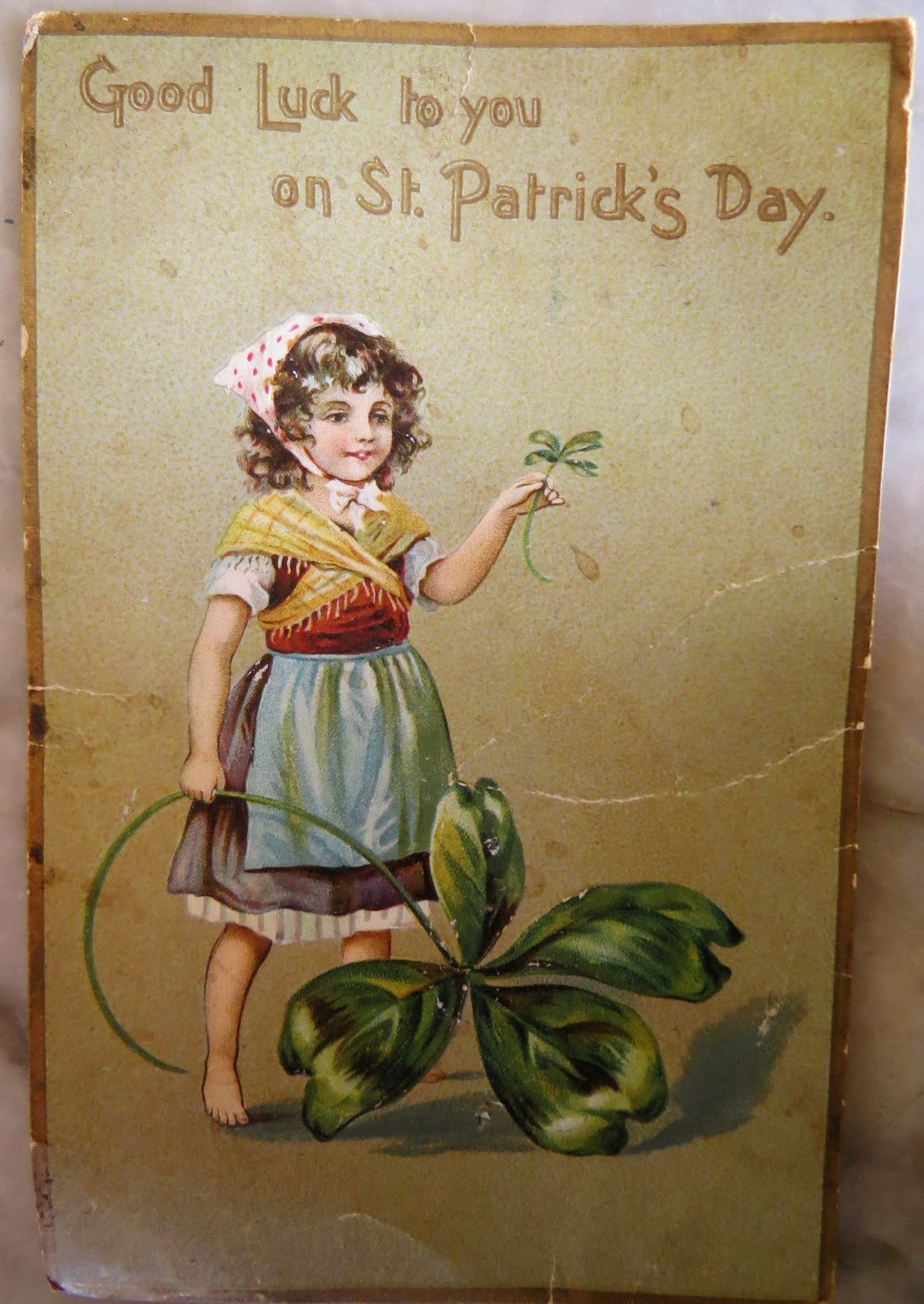 Let's all take a cup of tea, light a pipe or raise a glass to all the wonderful Uncle Simons, who teach little girls how to live in the world in love and harmony.