Just in case you were wondering if I was doing any Christmas decorating, I am. I'm doing it again and again. As fast as I put it up, the kittens (commonly known around here as 'The Barbarians'), are pulling it down.  The tree has gone over twice!  If I want any Christmas touches in this house at all, I'm going to have to rethink my strategy.  The only way is to take it all down and go with things that they can't eat or use as toys.

They declared open war on me while I worked on the buffet in the family room.  Making no pretence at helping, they ganged up on me, scooting in and grabbing things to run away with.  I was actually seeing red in more ways than decor by the time I was done! 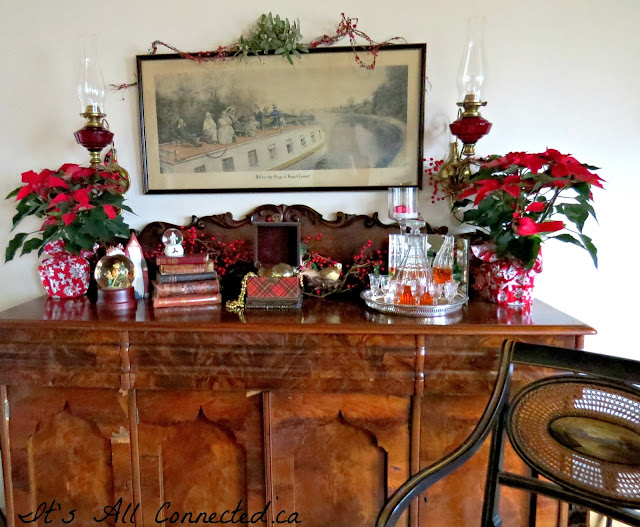 The colour scheme started when I bought this pair of coal oil lantern sconces at auction.  They had been electrified and were missing the hurricane shades.  The shades were easily replaced for $6 each. Ask me what I paid for the sconces.  You know you want to.  $9 for the pair! ~ 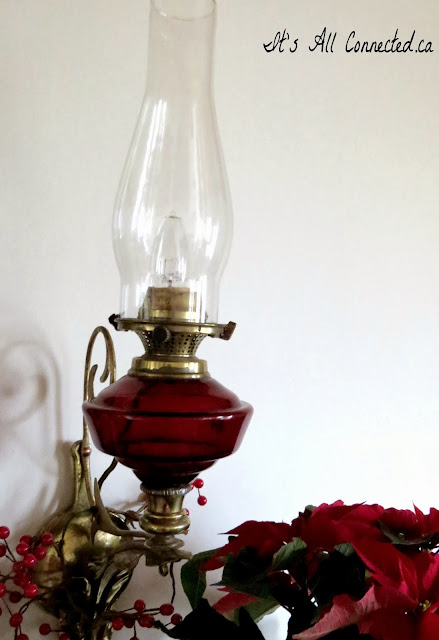 A couple of poinsettias that were on sale for $5 each got a bit of dressing up with some red and white snowflake patterned fabric I had in my stash. ~ 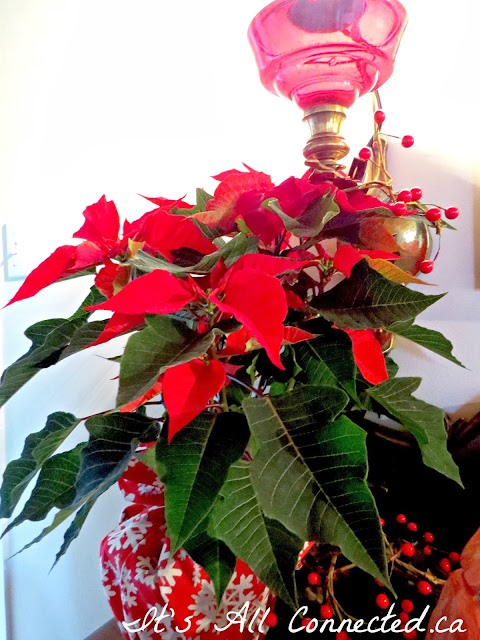 Clara Jane did have a go at eating the plants but she seems to be leaving them alone now.  Don't worry about her eating them.  The head of the Canadian Poinsettia Growers Association assures us it is a myth that they are poisonous to cats and they would have to eat a whole forest of them to get sick.

Let's pretend we are joining Queen Victoria at Balmoral Castle for Christmas.  I figure I'm safe to use old books, snow globes and a hand carved, wooden Santa. ~ 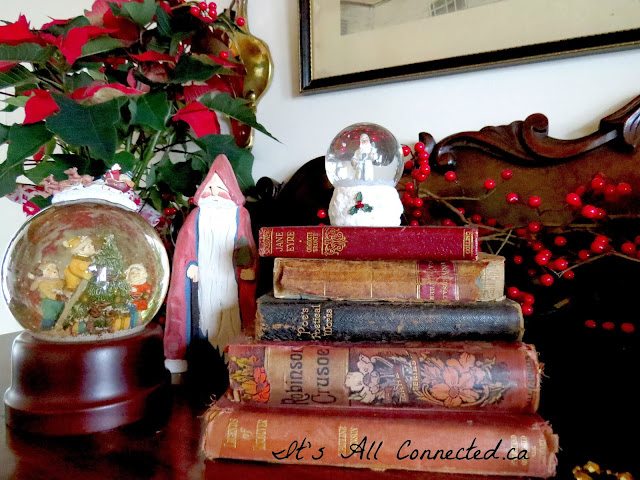 The holly berry garland was a $4 thrift store find.  It's lost a few of it's berries to The Barbarians I'm afraid, but still looks okay.  The partridge in the feather nest is an experiment to see if I can add a few more birds without dooming them to a horrible end. ~ 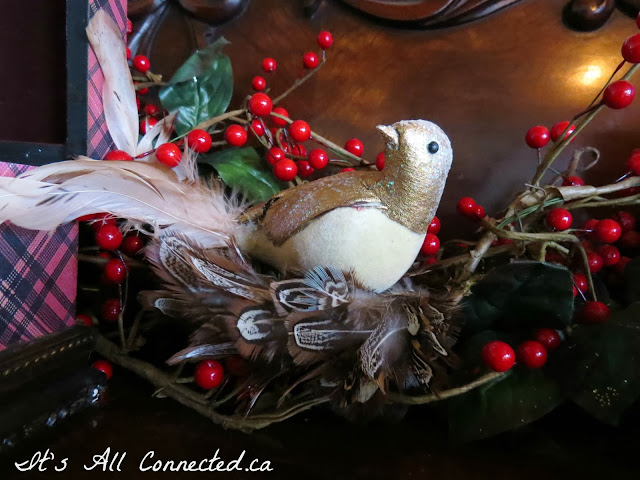 A trinket box in Balmoral plaid holds a string of gold beads and a couple of reproduction Pottery Barn glass balls that were a gift from my daughter. ~ 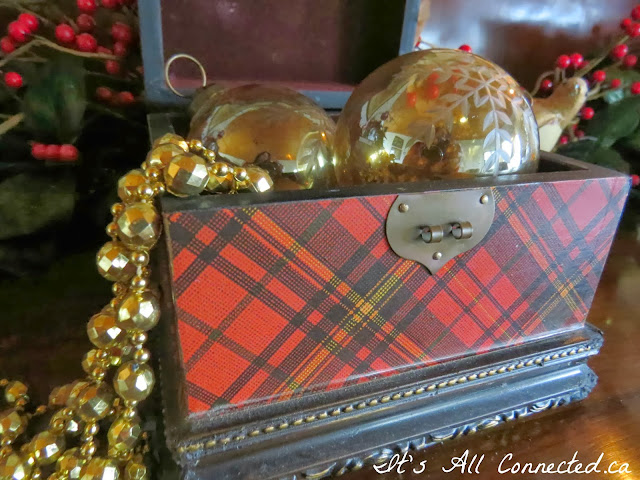 A print from 1900 reminisces about at even earlier time. ~ 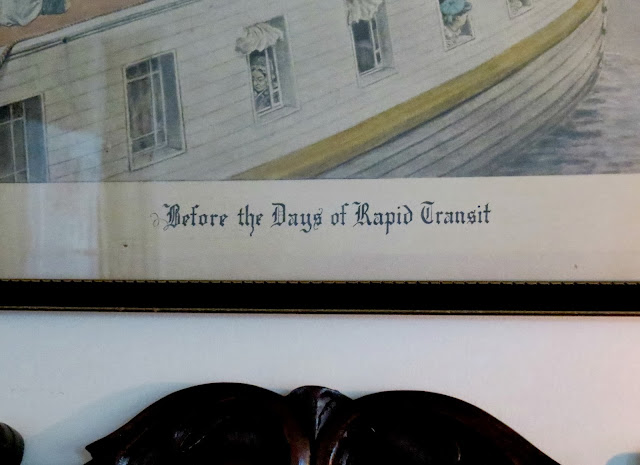 Before the rail line came through, draft horses pulled barges up the river that runs behind my house. I've found two horse shoes buried in the bank and this print is a favourite of mine.  It gets a bit of vine and some mistletoe to dress it up.

Some Christmas cheer is in a decanter that dates back to William, Queen Victoria's uncle, who reigned before her.  So does the sideboard itself. A star shaped candle is safely tucked away in a hurricane holder.  The girls are drawn to flame and I have to be careful with candles. ~ 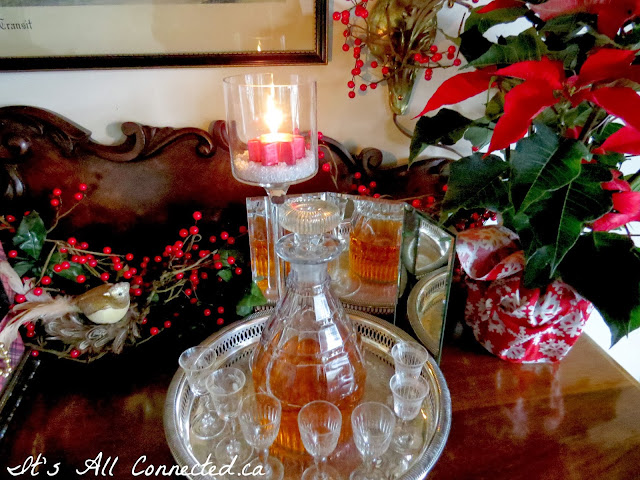 It's a simpler look than I would normally do and yet I'm happy with it.  ~ 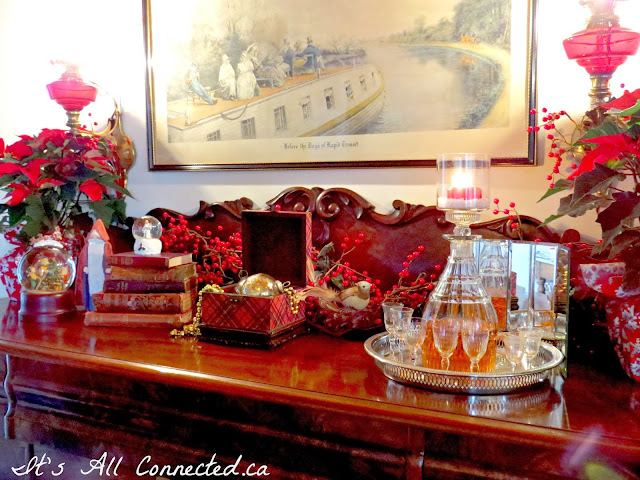