It's hard to know where to begin when I haven't done a post in over a month. A simple thank you to those of you who sent messages asking if all was well with me seems like a good start.

I'm fine. It's been a busy time for me the past few months and each day I thought I would write about what I was doing. It just never happened.

It all began after Christmas. I was turning sixty-four, winding down my home decorating business and wondering, "Where do I go from here?".  An answer didn't pop into my mind so I decided to open the door, figuratively, and see who or what walked in. I know the universe abhors a vacuum and something was bound to present itself.

Well, kids walked in. Lots and lots of kids filled the void.

One day a week I was minding one and two-year-old girls for a young mom, newly returned to work, who's regular sitter couldn't take them that day for a while. It's been many a decade  year since I've had to chase around, feed, bath, diaper and entertain toddlers for a 12 hr. day. I have tiny grandkids but their parents do all that stuff. I just do the fun Grandma things and pass them back when the stinky part happens. It took me quite a while to get back in the swing of it!

You can't really write a post about the girls picking the flowers off the geraniums and teaching them that the flowers and herbs in the house have to be treated nicely. 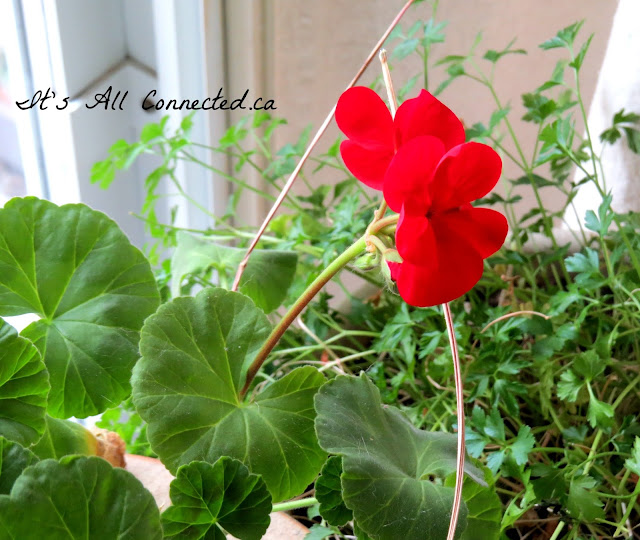 They're getting pretty good with leaving them alone as long as I let them do the watering. We put one of the broken blossoms in a jar of water and they saw new roots form. We planted it and they were excited that they would soon have a whole new geranium to take home with them. 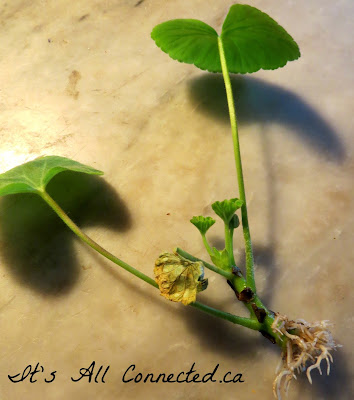 Well, they will have if I can ever get the youngest girl to stop pulling the plant out of the soil to see how the roots are doing!

My 15-year-old grandson has been coming here to stay for 4 or 5 days at a time. Outside of the usual mounds of food to cook and dishes to wash that come along with teenage boys, he is a little more work in that he has to be under constant supervision. 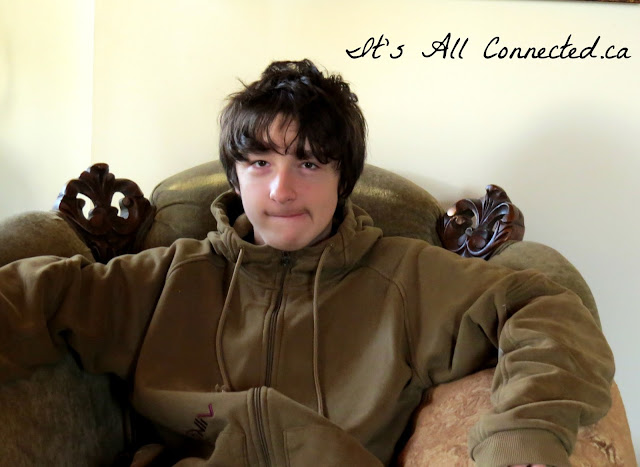 He has Fetal Alcohol Syndrome and it gives him a wide range of problems from learning difficulties to impulse control issues to the poor self-image that comes along with living with disabilites. He panics if he thinks he is alone.

When his younger sister, suffering from FAS as well, became very difficult to handle, and with six kids in the family, my daughter and son in law were happy to have my grandson spend some time with me. I can keep things quiet here and he loves having my undivided attention, not to mention being able to order up whatever he wants to eat. I come from a big family myself and know that never, ever happens in a big family. He isn't disturbed by his sister's outbursts here. All is calm. In fact, last time he stayed here I heard him tell his sister he might bring her along next time and she could get calm, too. Ekes! What have I got myself into!

The good news is, the school had been discussing having to let him go before graduating because of his unruly behaviour. I use the term graduate loosely of course. Since he has been coming here, he has turned that around. His special ed. teacher is thrilled with the progress and feels he will make it through. It's not that I'm doing anything wonderful, it's just that I have the place and time to be of assistance to my daughter and her family.

In the middle of all this, daughter #2 was having child care issues of her own. She has a daughter in kindergarten and a one-year-old boy. When she returned to the workforce, she hired a nanny and thought all would be well. She lives in a large city and there is a shortage of daycare spaces. That also means nannies are in high demand. As soon as she got one worked in, the nanny would quit for a better paying job. Even shelling out most of her paycheck for babysitting wasn't holding them. She lives an hour away from me and did her best to not call me in, except as a pinch hitter, so when she called I knew she really needed it.

At one point, I felt I was juggling an awful lot of balls and trying to keep them all in the air! One week the girls I mind had to come an extra day in the week. The next day my grandson arrived. He stayed for four days. Daughter #2 called to see if I could go mind her son for two days. I couldn't do the first one because I already was babysitting but I could leave the house at 6:30 in the morning to do the second day. Have I ever mentioned that I am not a morning person?

The good news is, things have settled down for me. Daycare spaces have opened up and I'm not pinch hitting anymore. My grandson will continue to come for respite care and I'm getting quite good at chasing toddlers around again.

Spring is coming and I'm catching my second wind!

The ice went out of the river. I breathed a sigh of relief as I stood and watched it crack and groan and race away carrying all kinds of debris with it. ~ 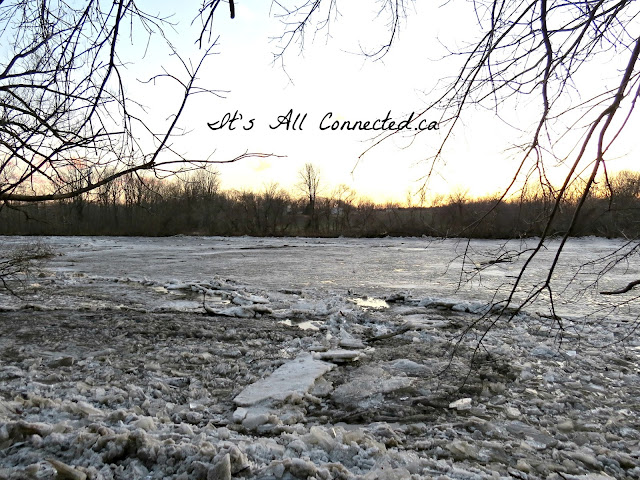 We made it through the winter!  We stuck together and helped each other and everything turned out fine. I even got a little more physically fit from the toddler workout sessions!

Although .... I may be a little more careful next time I say I'm going to throw the doors open and see what comes in. Maybe I'll install a peephole and take a look at what I'm getting into first!