Napkin rings are ideal to begin collecting. They don't take up much display room, are functional, plentiful, affordable, useful and the design variations are endless. 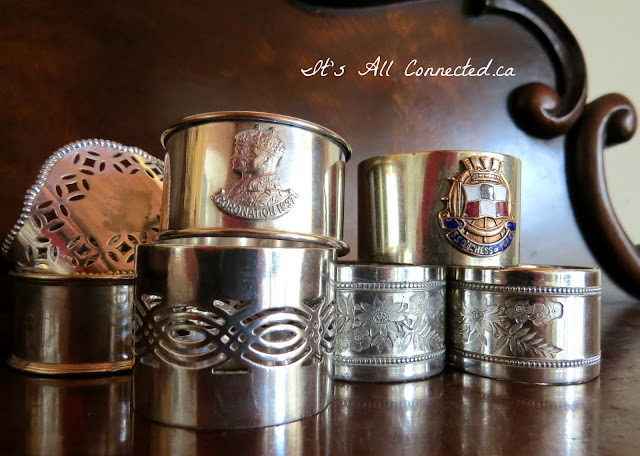 They first appeared on the dining tables of the upper crust sometime in the 1830's, probably in France. Throughout the Victorian era, they were widely in use on all but the poorest dining tables.

The beauty of collecting rings is they don't have to be matched sets. The original purpose was to identify who the napkin itself belonged to. Each member of the family had their own ring, with a distinct design or engraved with their initial. 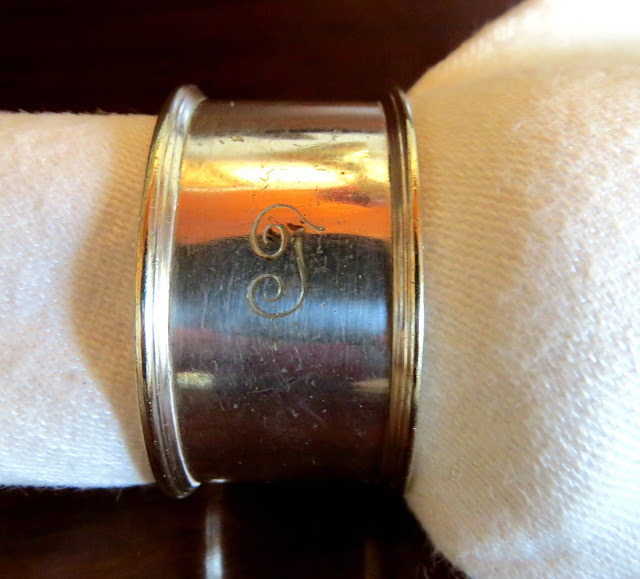 At the end of the meal, the napkin was folded and put back inside the ring. Table linens were only washed with the once weekly laundry and you used the same napkin all week.

Place setting purists only use napkin rings for informal dinners, the theory being that the ring denotes a used napkin and that's probably not going to make your guest feel all that comfortable. I take the liberty of assuming my guests know I gave them a clean napkin and go against the purist rule.

My rings are silver plate but you can find them spanning all eras from the 1830's on, and in a wonderful range of materials. From the Victorian era to Art Nouveau, Arts & Crafts era to the 21st century, they have been made in everything from sterling silver to glass, bakelite, French Ivory and wood.

Foral designs were popular with the Victorians and in the Art Nouveau and Art Deco eras. 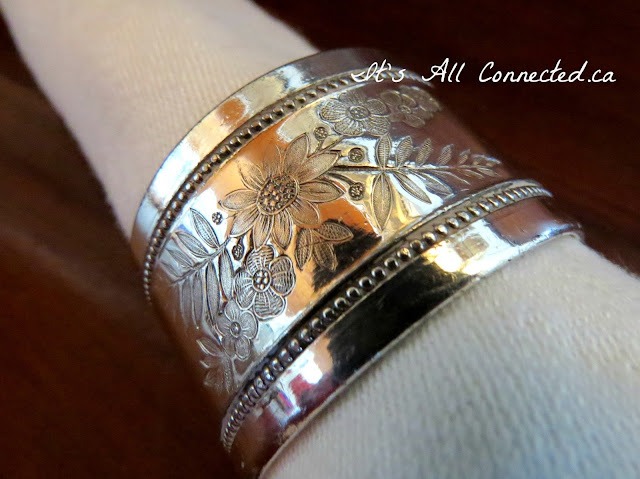 I've picked up most of my napkin rings for around $5 each. Figural rings are more expensive unless you find one like my horse ring that has had a tragic tail bobbing. 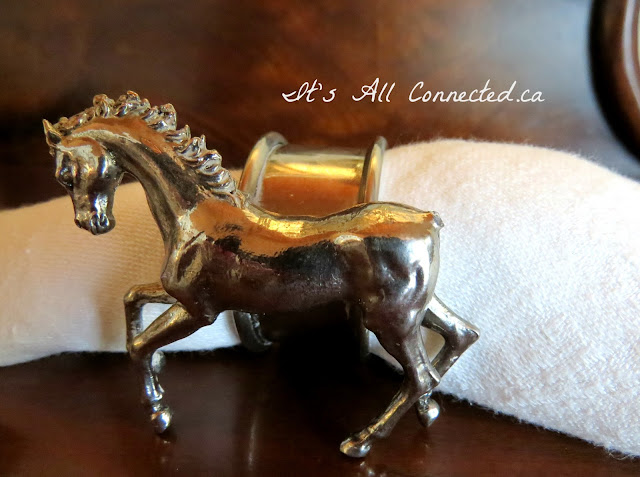 Some appeal to me because of the shape. 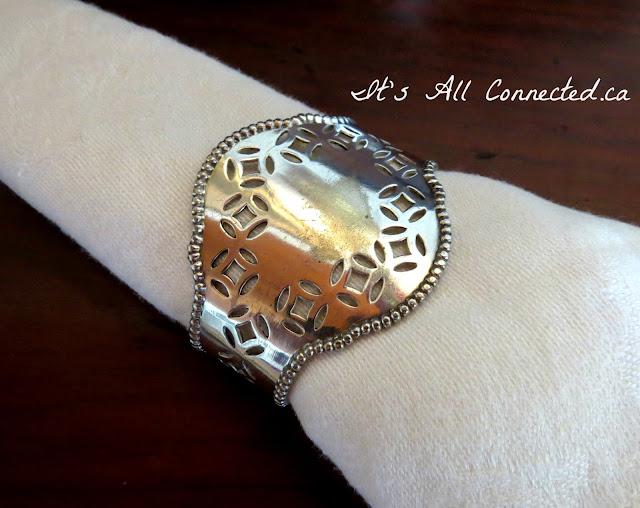 Some commemorate a special event, such as a world fair or coronation. I snapped up this one from the 1937 coronation of King George VI and Queen Elizabeth for $6. 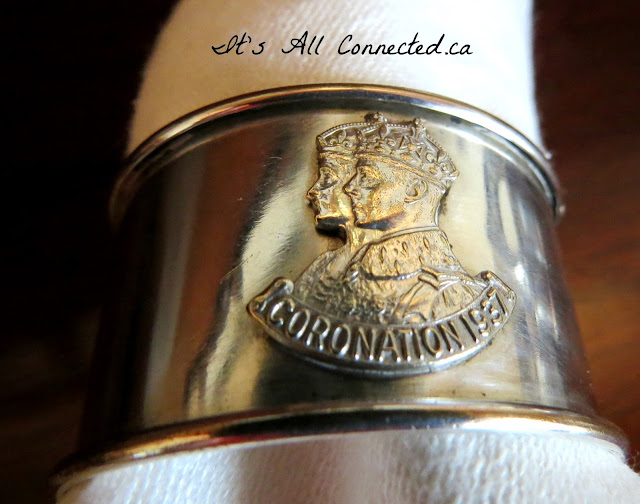 My favourite ring has the crest of the SS Duchess Of York set with enamel. The ship was part of the Canadian Pacific Steamship Co. fleet. She was one of three sister ships named after duchesses and nicknamed The Drunken Duchesses for the rather rambunctious handling of the ocean waves. Someone brought this napkin ring home as a souvenir before WWII saw the Duchess Of York pressed into service. She made two trips from Britain bringing evacuated children to safety in Canada.  Then, she ferried Canadian troops overseas, brought injured service personnel and German POWs back to Canada. Sadly, the Duchess of York came under enemy fire and sank off the coast of Spain in 1943. 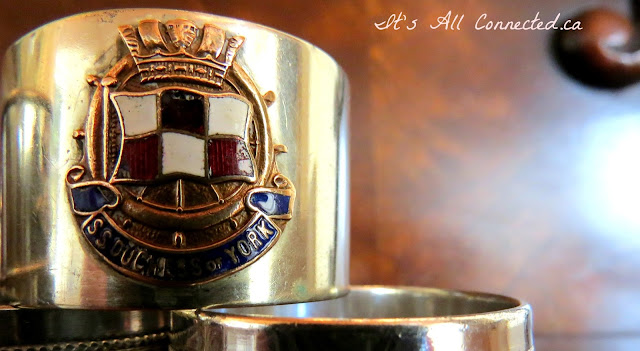 If you are my guest and I give you that napkin ring, you will know you have a favoured spot at the dining table.

I just realized all the napkins are in the rings upside down in these photos. The pointed end of the napkin goes toward the guest. We're already breaking one etiquette rule by using rings at a formal dinner so let's not compound our offence!

I have eight vintage, silver plate rings so far and on the hunt for many more just to seat my immediate family.

Each one will come with its own story and I hope our happy gatherings around the table will add much more to their history.