And The Winner Of The Chicken Hunger Games Is .....

Today was merge the chickens with Kay and Anne day.  I dread this process because chickens can be very, very mean to each other.  I'm talking blood spraying, chickens screaming, me screaming and me screaming some more!

Anne has spent the last week fighting through the chain link fence with any of the new gals who ventured near it.  I swear she thinks she's a rooster.  That must be why she's never laid an egg in her life!

This is the beginning of a fight between a Rhode Island Red (Anne) and a New Hampshire Red (Josie).  Up go the feathers, the screaming match starts and the beaks go for blood. ~ 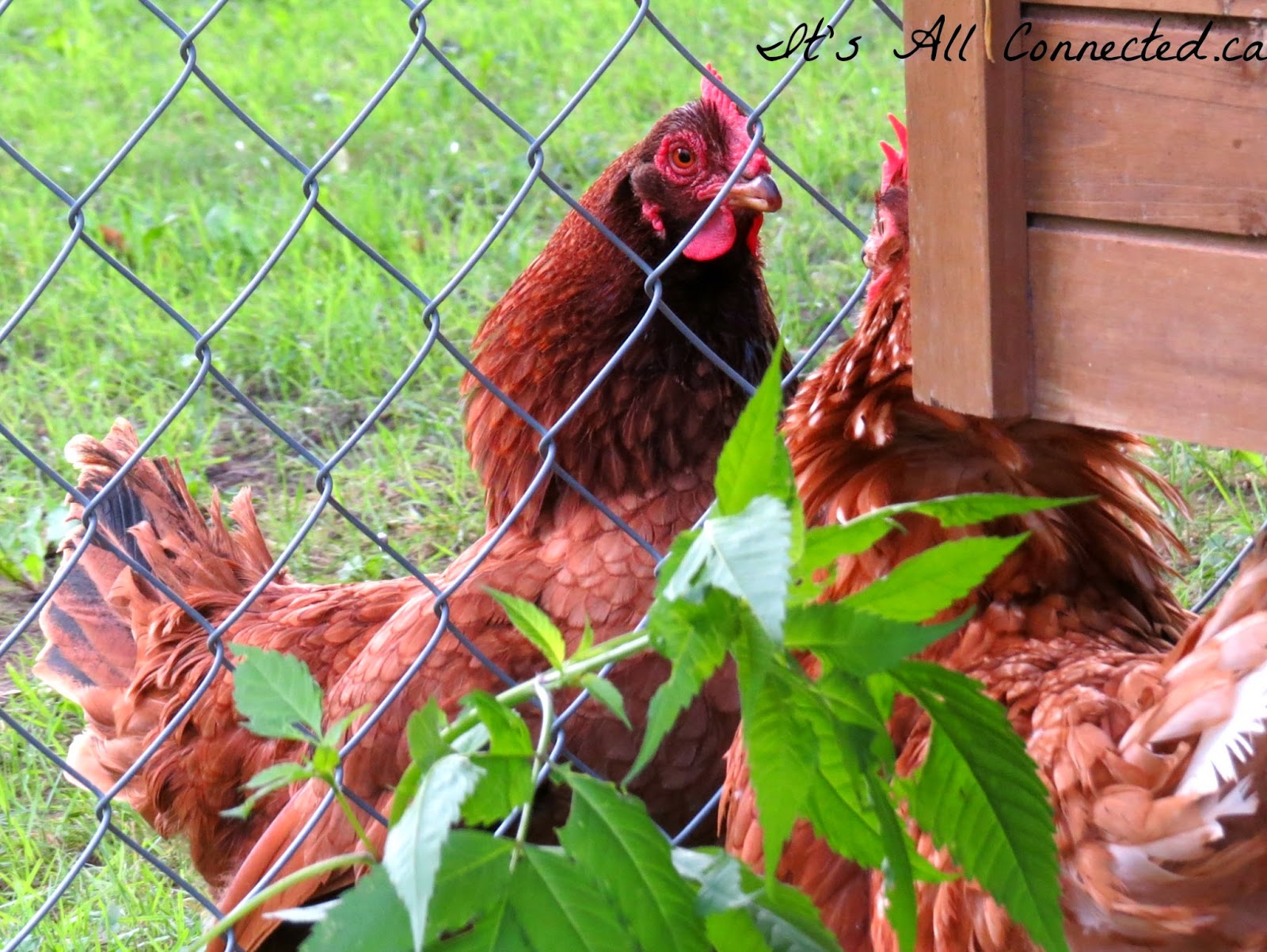 Neither state won because Camryn came in with that huge beak and Anne had to call for a medic. In case you are wondering, I'm the medic. ~ 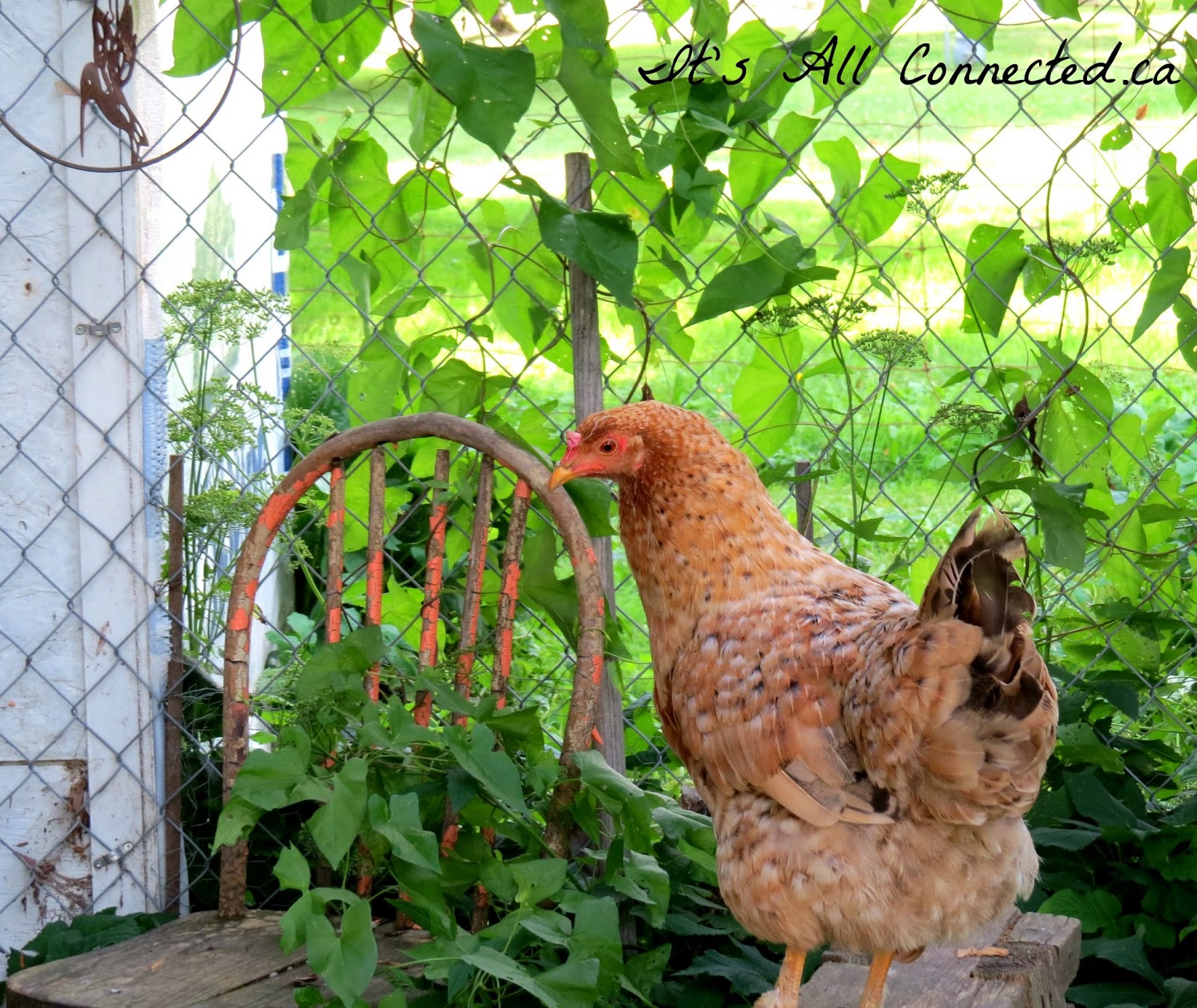 If you get chickens, make sure you get some of this styptic powder.  You have to get the bleeding stopped or all the chickens will go after the injured one. Anne was wearing quite a bit of this stuff! ~ 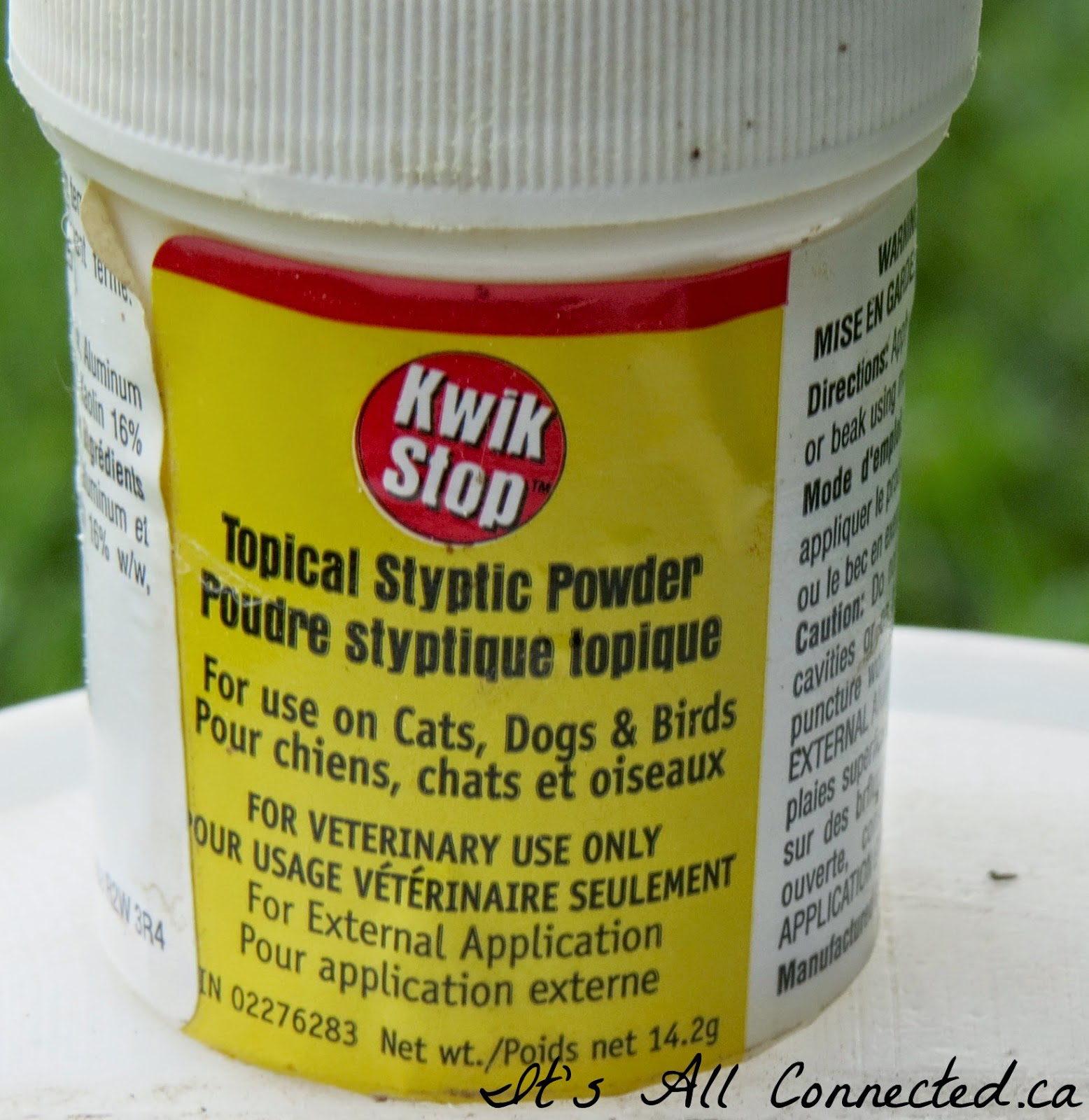 Kay has been getting mighty peeved at waiting for me to put her in the coop when she wants to lay an egg. Today, she told Anne to peck on the patio door and get me out there pronto. ~ 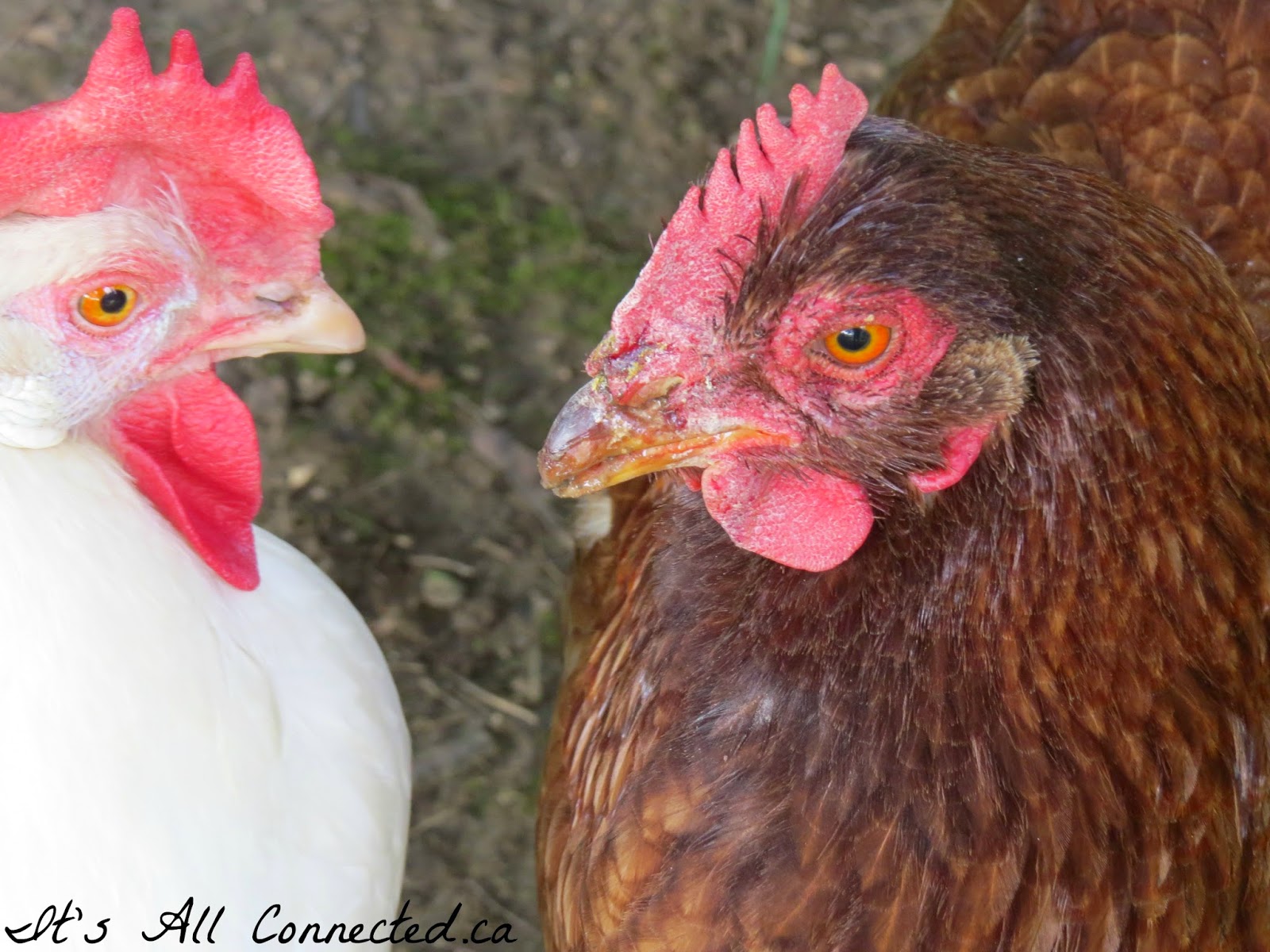 I can't keep running out and shuffling chickens in and out of the coop all day so I decided it was time they all kissed and made up.  I was determined to stay calm.  Maybe they would catch my good vibes and stay calm as well.  Guess what?  It worked!

Kay pecked everyone on the butt if they came near the food or looked at her sideways.  A couple of the new girls took offence and tried to start a fight.  Kay looked at them with disdain and they gave it up.  She didn't have to worry because Anne ALWAYS has her back covered!

Josie, Vivian and Camryn are free for the first time in their lives. ~ 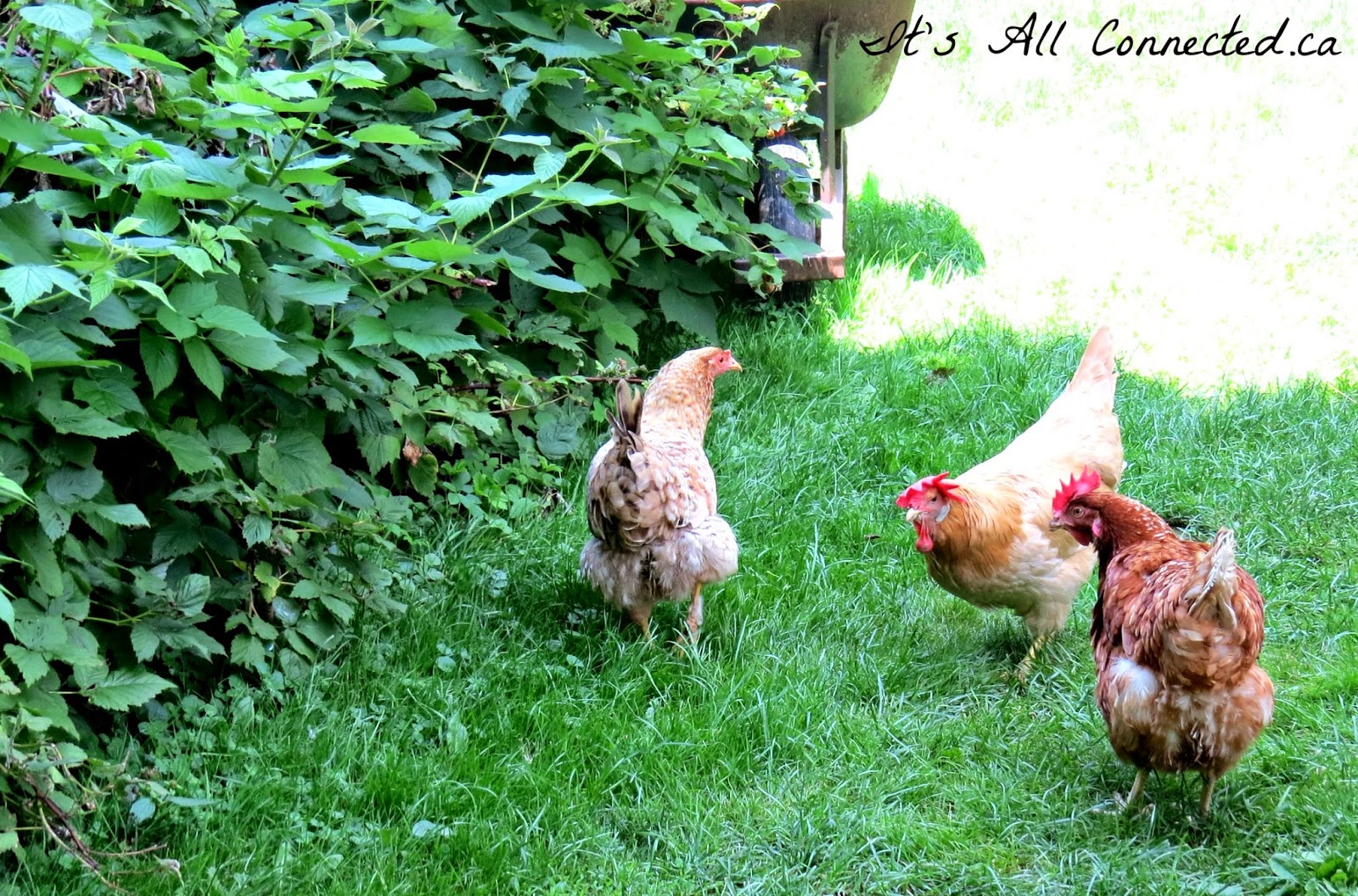 They may have been a little surprised to look back a the quarantine coop, that has been their home this past week, and see what frequently naps on the roof. ~ 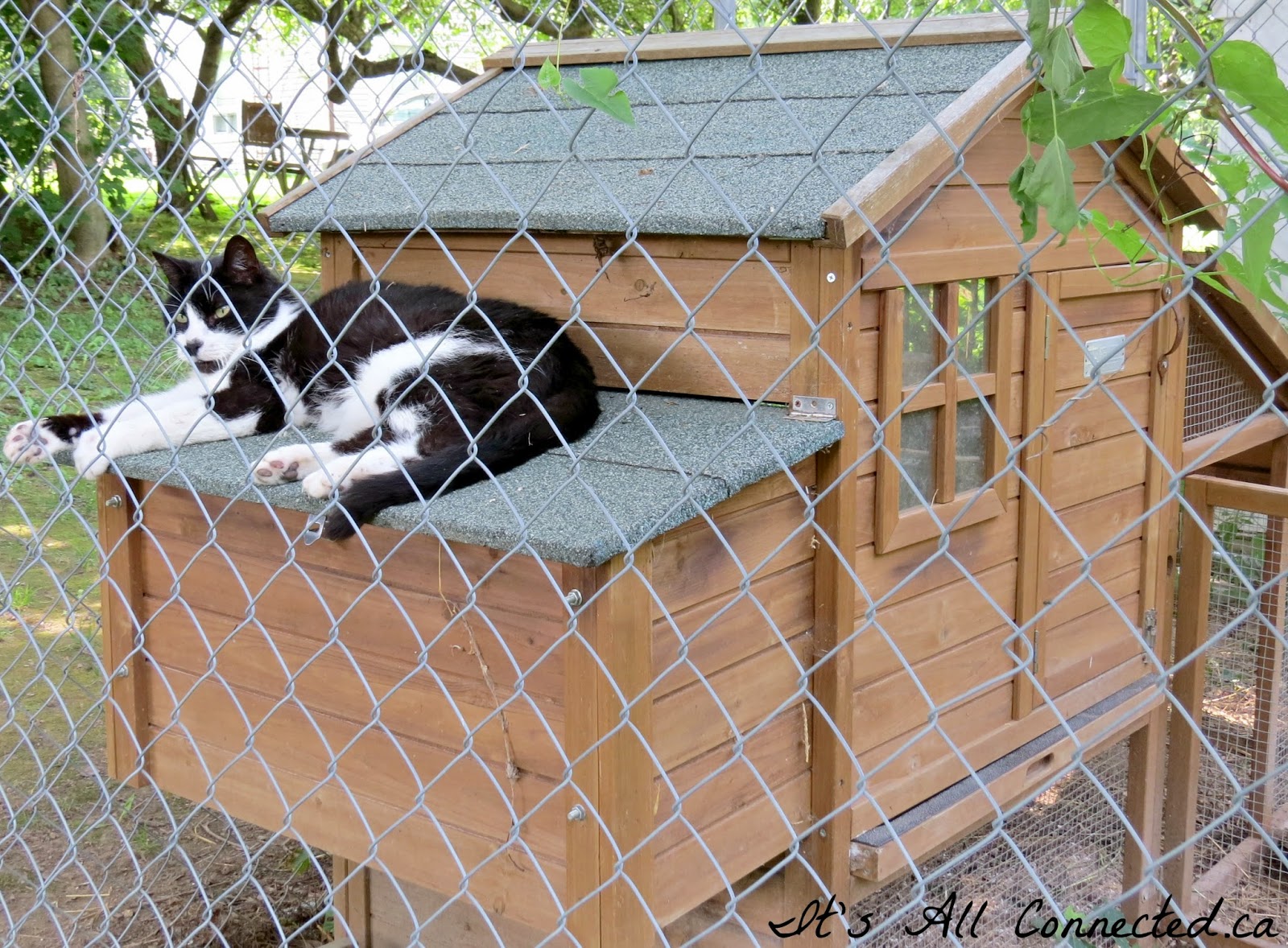 As long as they don't go in the coop while Kay is laying an egg, we have peace and harmony once again. Kay can yell louder and longer than any chicken I've ever known.  She struts and paces and lets them all know just who is running the show around here.  Step out of line and you'll get a peck on the butt.

Yes, Kay is the winner of the chicken hunger games. 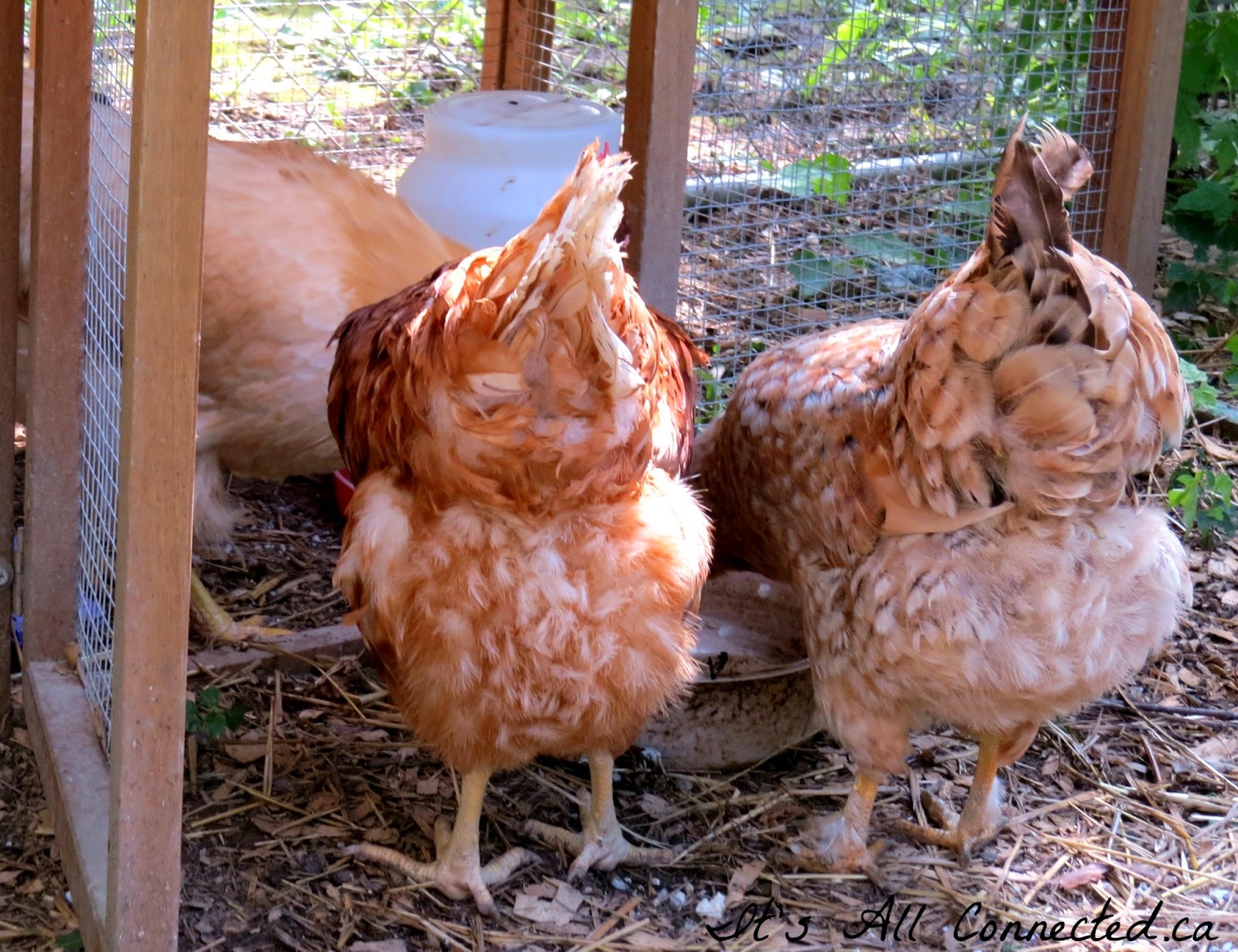 All's well that ends well!
Posted by Maureen Wyatt at 00:48